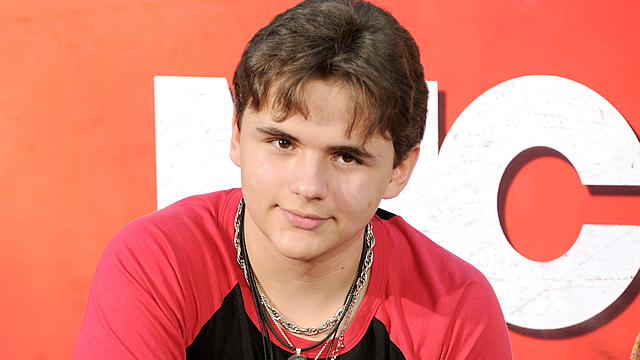 Prince Jackson has no Interest in Talking to Mom

We’ve told you all about the new “strong” bond Paris Jackson seems to have established with her birth mom, Debbie Rowe. The 15-year-old has reportedly been talking and hanging out with Debbie for a few months now, and sources say that their relationship is going surprisingly well. However, it appears that Prince Jackson has no interest in developing that same bond with their mother. Sources want to make it clear that there is no animosity between the two, it’s just that Prince has no desire to start a relationship with his mom.

Of course, Debbie would love to have a strong bond with both of her children, but she understands that Prince is just not ready, yet. She doesn’t want to force the relationship, so it appears that Prince will have to make the first move if he ever does want a relationship with his mom. Sources also say that Paris does not have any problem with her brother not wanting to talk with their mother. It’s just clear that the two of them have different priorities in their life right now.

Well, that’s nice to hear! Finally a story about celebrities acting rationally and not hating each other over silly reasons. Why can’t every famous person be as understanding as Paris and Prince? Not that I am complaining, I would lose out on a job if all famous people were this sane.