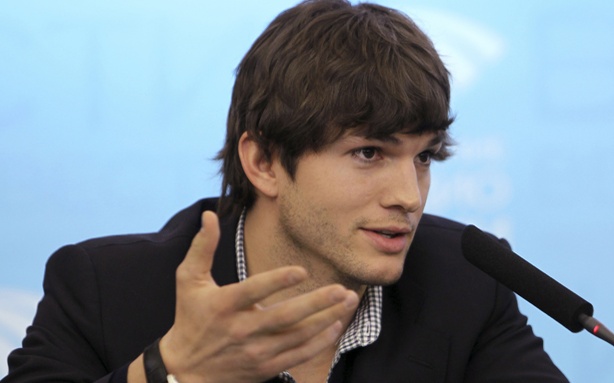 The man who is best known for playing the role of “stupid stoner” in just about every movie/tv show he does, apparently got into a fight with a security guard this past weekend. The incident took place this past Saturday at the 2013 Stagecoach Country Music Festival. The 35-year-old Ashton Kucher was chilling in the VIP area, waiting for the country superstar Dwight Yoakam to perform when a lady came up to him and asked to shake his hand. Kutcher politely greeted the lady, but that is when the trouble started.

A security guard allegedly broke up the meeting between the two and shoved Ashton and the lady. Ashton shoved the overzealous security guard back and that is when the scuffle took place. The two of them were reportedly exchanging blows back and forth before Ashton’s friend pulled him away. The security guard then demanded that Ashton be kicked out of the festival, but Ashton ended up leaving on his own.

Well, damn! I didn’t think Ashton Kutcher had that kind of fire in him. I’ve always thought he was more of the type that would avoid conflict at all costs. It looks like the funny man does have some thug in him after all.