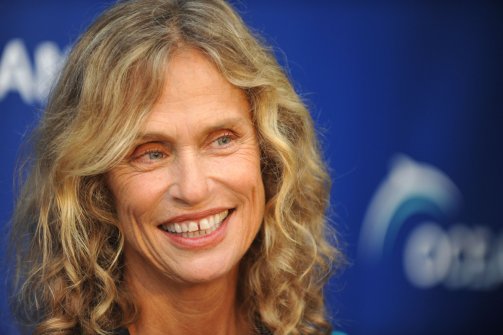 Lauren Hutton is probably not the first celebrity that comes to your mind when talking about strange drug stories, but the former supermodel/actress/activist apparently has had her fair share of wild nights. Hutton is now 69-years-old and is a true Hollywood veteran. She’s has a very successful modeling career, she’s even appeared on the cover of American Vogue a record 26 times! She then went on to sign a multi-million dollar deal with Revlon cosmetics. She’s also had a pretty successful acting career, starring in movies like, The Gambler, Someone’s Watching Me! And even American Gigolo.

She’s had a pretty tame personal life (aside from a horrible motorcycle crash a few years back,) so this is why this drug story comes as a surprise to many.  She told a New York Daily News reporter about the time she got lost in a jungle,

“We were stoned. It was a very scary night, and all you could hear was the bats. They have these gigantic bats. It took three hours to get out, and it was on the edge of a cliff.”

Believe it or not, she’s actually spoke in more detail about this incident. Back in 2004, she talked with Esquire and it sounds like it was one hell of a night.  She told the magazine,

“I was hanging out with this tribe in the interior of the Congo. This girl and I were tipping along one night in the dark jungle. She looked up at me and held out this swarming hand of bugs. She grabbed one, chewed it, looked at her hand, then looked at me. And so, being from Charleston and having good manners, I took it. They’re delicious — taste like Brazil Nuts — though I didn’t quite taste ‘em until the seventh one because I was stoned on pygmy white lightning at the time. And thank you for letting me tell that story because it was a great time and I’m happy to remember it.”

Well, alright then! I can only hope to have badass stories like that to tell when I am 69-years-old. Although, I am not really getting my hopes up. So far, my craziest story involves a bottle rocket and bunny rabbit that happened to be at the wrong place at the wrong time. I won’t go into any more details because I don’t want PETA coming after me, plus it’s really not all that great of a story. There were no drugs involved. Just extreme stupidity and an extreme sugar high.