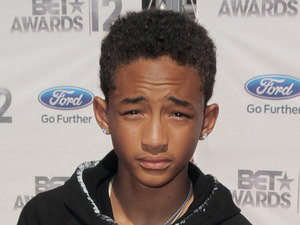 Jaden Smith Wants to be Emancipated

The Fresh Prince of Bel-Air is now having to do deal with the joys of trying to raise a teenage boy. And not your everyday teenage boy, Jaden Smith is a legitimate actor now. He’s a movie star! He also “raps” but I’m not even going to get into that because every time I watch his rap video, I start boiling with rage. It’s just 3 minutes of him making that stupid “eye pose” at the camera. Does that not annoy the f–k out of anybody else? Every damn time someone takes a picture of him, his eyes are like that!

I can feel my blood pressure rising, so let’s just get on with the story. Jaden’s dad, Will Smith talked with The Sun recently and he revealed that Jaden wants a very big gift for his 15th birthday in July. Jaden wants “freedom” what do we mean by that? Well, we’ll let Mr. Smith himself explain it to you…

“He says, ‘Dad, I want to be emancipated .’ I know if we do this, he can be an emancipated minor, because, he really wants to have his own place, like ooh. That’s the backlash. On the other side, if kids just want to have command of their lives, I understand.”

It’s unclear if Will Smith will actually give in and give Jaden the best birthday present, ever. However, it’s clear that Jaden should be thanking his lucky stars to have awesome parents like Will and Jada. Not only are his parents huge movie stars,  but they also don’t “believe” in punishing their kids.

“We generally don’t believe in punishment. From the time Jaden was five or six we would sit him down, and all he has to do is be able to explain why what he did was the right thing for his life. I think it’s a much more difficult question to ask someone — ‘Why was that right?’  — than try to show them why it was wrong.”

My parents certainly were not that cool. I can’t even imagine walking up to my dad after putting the cat in the washer and saying, “I believe it was the right thing to do because it provided me with a lot of entertainment. Plus the cat was starting to get really dirty, he needed to be washed, anyway.” I don’t think my dad would have liked that. He probably would have got out his belt and whipped the heck out of me. He obviously didn’t care about my happiness!

Smith also talked about his new movie coming out, which he co-stars in with his son. The title of the movie is “After Earth” and Jaden’s character in the movie must prove he can live up to his father’s greatness, which is really what Jaden is struggling with in real life.  Smith said,

“It’s very similar for Jaden and me — your father’s the biggest movie star in the world, and you’re struggling for your little piece of dignity in this extreme shadow.”

Well, it’s nice to know that Will Smith is modest!