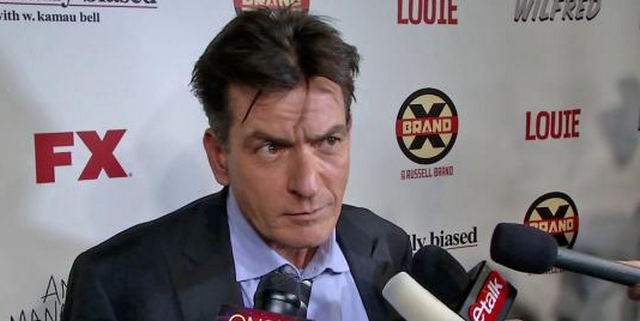 Good Ol’ Charlie Sheen is asking a judge to put an end to his child support payments to his ex-wife, Brooke Mueller. He’s currently paying her $55,000 a month, but he wants to put an end to the payments right now.

Why? Well, because Brooke is not taking care of any kids! Brooke is currently in rehab (again) and their twins have been living with Denise Richards for around two months now. Charlie sees no reason to pay Brooke $55,000 for not doing a damn thing.

In fact, he’s offered to pay Denise the $55,000 a month, but she has refused to take any money. It seems like there is a little tension going on in this weird triangle. Sheen and Richards appear to be getting closer while Brooke and Sheen continue to grow more apart.

No word on whether or not the judge will accept Charlie’s request, but it doesn’t seem like it’s that bad of an idea.