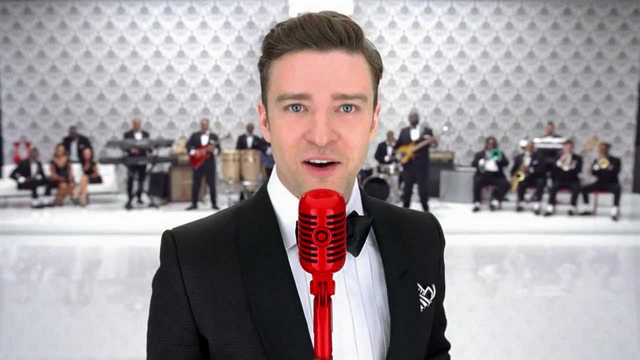 He might be the biggest name in music today. He might have thousands of places he needs to be and millions of people he needs to see, but that doesn’t mean Justin Timberlake can’t pause everything to share a special moment with a very special fan.

Timberlake was reportedly being rushed through a building in New York City on his way to a live radio show, when Tina DiLascio stopped him in his tracks. Tina told the music superstar that her 13-year-old daughter Giana was a “Make-a-Wish” kid who recently had brain surgery. The risky surgery was reportedly to fix a serious blockage in her pituitary gland.

After hearing the mother’s story, Justin was so impressed by her daughter’s courage that he just had to meet her. Tina rushed outside to get her daughter while Timberlake waited inside the building.

Once inside the building, Giana and Justin talked for several minutes, she even made Justin Timberlake blush when she told him he was, “The next Michael Jackson.” She then asked to take a picture with him, and Timberlake said yes, but “only if you make it your screen saver.”

So, Giana posed for the picture you see down below and it has been her screen saver ever since. We imagine that it will stay that way for a long time to come. What a good guy. A picture might not seem like a lot, but for a 13-year-old girl who just had brain surgery, it probably means everything.

That girl should feel lucky, she probably got to spend more time with Justin than his former bandmates did at the VMAs. They probably weren’t even allowed to take private pictures with him.