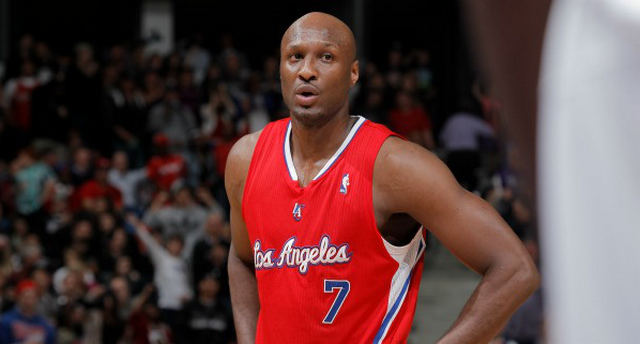 Well, Lamar Odom broke his silence in a big way yesterday. The 33-year-old NBA star who has been having trouble with a drug addiction went on his Twitter account yesterday and called out his father for being absent all his life,

He wrote the following,

“Won’t continue 2 speak on this but I have 2 let this out real quick. I have let this man and many others get away with a lot of shit. He wasn’t there 2 raise me. He was absent ALL of my life due to his own demons. My mother and grandmother raised me. Queens raised me.”

Some of you may have heard his father’s comments on the Kardashian family. His father Joe told RadarOnline.com that the Kardashians were the ones to blame for Odom’s drug addiction. He claimed that the reality show put too much pressure on his son and that Kris Jenner is an “evil bitch.”

That didn’t go over well with Odom, at all. During his rant/rebuttal, Lamar claimed that the Kardashians were the only ones there for him during his struggles,

“He disrespecting the ONLY FAMILY that has loved me without expecting anything in return. They are the ONLY ones that have been here consistently 4 me during this dark time. Only person 2 blame is myself. Say what you want about me but leave the ones who done nothing but protect and love me out of this! This goes out to everyone!”

Geez, tell us how you really feel, Lamar! It’s nice to see him opening up like this, maybe this is a good sign for his recovery. I know what it is like to have a father who was never around. It’s hard and it was the reason I wore makeup until the age of 10.

Anyway, let’s all hope Lamar is staying clean. He be 2 talented 2 be throwing his life away 4 some silly drugs, am I right?!?