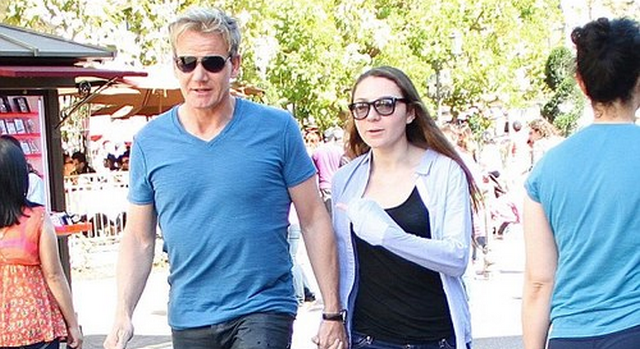 Not only is Gordon Ramsey intense in the kitchen, but he’s apparently intense at home as well.

The incredibly successful chef was on the Jonathan Ross Show the other day and he admitted to spying on his 15-year-old daughter. He made his 13-year-old son place a Go-Pro high definition camera in her bedroom, to make sure she wasn’t doing anything bad with her boyfriend.

Here is what the 46-year-old told the audience,

I’ve been a bit naughty over the last couple of weeks because I got Jack a little Go-Pro. One of those little secret cameras. So I said to him, “Look mate, here’s twenty quid, go and target your big sister’s room and put that camera right at the top left-hand side of the wardrobe.”

Well, that’s a little bit creepy! We’re sure his daughter was shocked by the whole thing. Let’s just hope that this was a one time thing because sh-t like that can really mess with a kid.

That kind of a privacy invasion will probably just push her away. If my parents did that to me when I was a 15, I’d be mortified.

Not because I had any girls in the room, but because the tape would probably be filled with 10 hours of me just jerking off. They would have never looked at me the same way again.