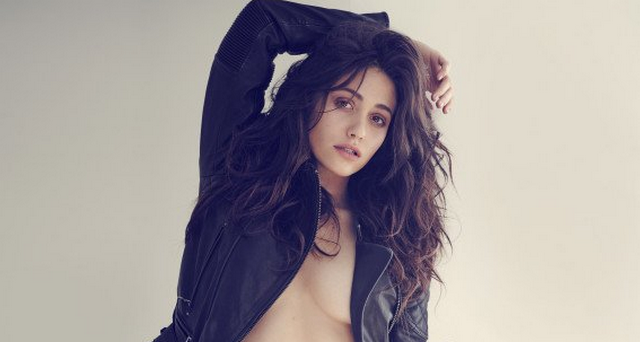 27-year-old Emmy Rossum currently stars in ‘Shameless‘ which airs on Showtime. The show is about to kick off its 4th season next month, and Rossum is already doing her best to bring in new viewers.

How is she doing that? By going topless in a magazine, of course! Ah, don’t you just love shameless promotions? We do, especially when the promotions look like this!

I’ve never watched the show before, but you can bet that I will at least give it a shot now. And yes, that is how weak I am. All it takes is a hot girl to take off her top, and I’ll agree to do almost anything. 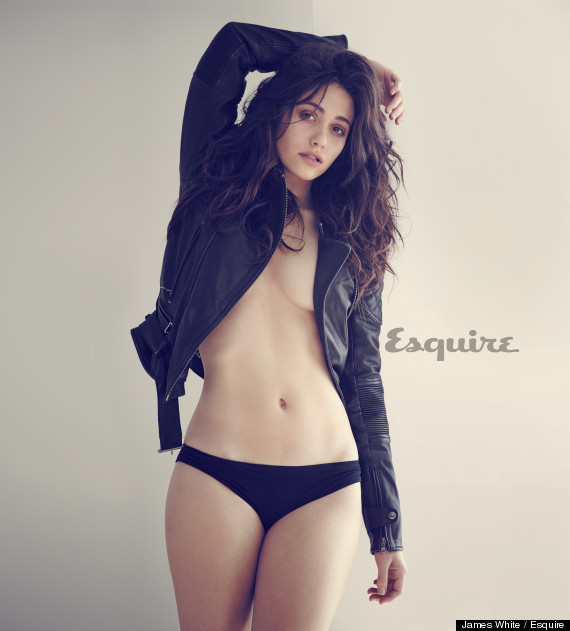 Anyway, Rossum didn’t just stand there and look pretty all day, she also talked with the magazine. The interview was conducted on Skype, so the topic of how technology helps couples in long-distance relationships stay close came up.

She told the magazine the following…

“A friend of mine is in a long-distance relationship. They have dates on Skype. They’ll both watch the same movie and…play…I assume sex is involved. I don’t know exactly where they stick it in.”

And then her dog Cinnamon poked his head on camera and that’s when Rossum revealed something unique about her dog, “He has a really big penis.” She told the magazine.

We’re not sure how she knows just long it is, or how she knows his penis is bigger than most dogs. We’re not going to question her about that, though. However, if she ever wants to see how small my penis is, I certainly wouldn’t stop her.

Did I cross a line there? I feel like I crossed a line. Oh well.