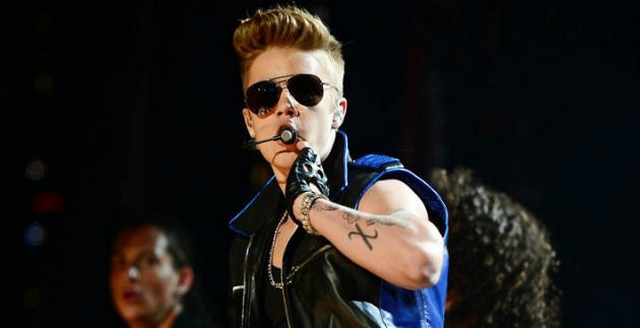 Last week, we showed you the video of Justin Bieber attacking his neighbor’s house with eggs. You can view that video by clicking this link.  The video is basically just 30 seconds of the neighbor telling Justin Bieber how much of a little sh-t he is. It’s pretty amusing to watch.

The neighbor reported the incident to police and they started their investigation immediately. TMZ first reported that Justin Bieber could be looking at felony charges because he might have caused more than $400 in damages.

Well, now TMZ is reporting that the brutal egg attack caused at least $20,000 in damages! Why that much? Because the front door needs to re-plastered and several doors need to be re-stained. You have to remember that this is a very rich neighborhood. The neighbor’s doorknob is probably worth $10,000.

What are the chances that Bieber actually gets charged? They’re higher than you might think. Sources say the Los Angeles Sheriff Department is working hard to charge the 19-year-old with felony charges. They are apparently tired of his juvenile behavior.

It’s believed that the neighbor is even more pissed because Justin Bieber hasn’t apologized for wasting all those eggs. And no one from Bieber’s team has offered to pay for the damages.

The case is expected to be referred to the L.A. Country District Attorney soon. If enough evidence is found, vandalism charges against the singer will be filed.