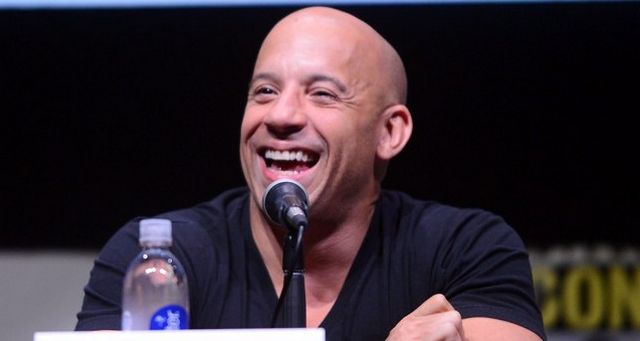 Have you ever wanted to see Shrek dance to a Katy Perry song? Well, the video down below is about as close as you will get. Vin Diesel was all smiles the other day and decided to record himself dancing to Katy Perry and Beyonce.

You might be asking yourself, “Why would a 46-year-old man from New York City be dancing to Katy Perry in his house?” And we were wondering the same thing. At first, we thought he might have been on some sort of drugs, but it turns out he was just really happy about a phone call he recieved from Universal.

In the middle of the dancing video, he takes a break to thank his fans and share the good news with them. The good news being that “Riddick” is number one on the DVD charts. He expressed how thankful he was and noted how making the movie wouldn’t have been possible without the fans.

And then he revealed that Universal also told him that they couldn’t wait to develop the next one.

Check out the hilarious video down below. Be prepared to watch the whole. It’s impossible to stop once you start it…

And if you still want more Vin Diesel after watching that video. You might want to stay around and watch the bonus video we have for you down below.

Vin Diesel performing a touching cover of, “Stay” by Rihanna.