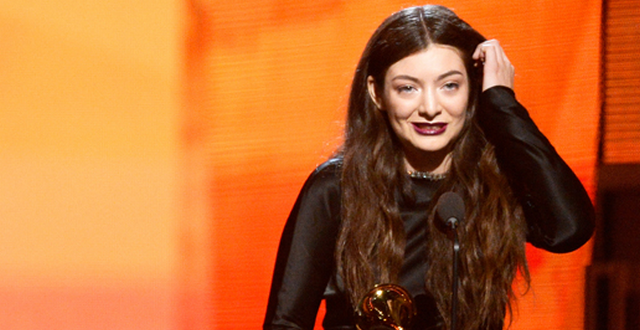 Lorde Welcomed Home By Paparazzi, Rants About How Rough Her Life Is On Twitter

Lorde has expressed her disdain for the paparazzi and media before, but she really let her feelings known on Twitter yesterday. The 17-year-old (yes she is really only 17) singer was returning back home to New Zealand after winning a couple of Grammys, and she didn’t appreciate how she was welcomed home. Instead of being mobbed by fans and people who worship everything she does, she was instead swarmed by the New Zealand media and they were allegedly pushing people out of the way just to get a picture of her.

Sadly, the singer has deleted the long rant from her Twitter account, but we still have her exact words! Lorde started off her rant by tweeting out,

“nz media almost pushed over myself and my family at the airport this morning in order to get their shots. bit of a sad welcome if i’m honest. i understand that people of note are supposedly fair game for everyone to photograph and film but that doesn’t make it acceptable.”

“i’m beginning to get used to my image as a public commodity, and the fact that I’m getting used to it frightens me. there is a difference between attn from fans, which i love, and the constant, often lecherous gaze that i’m subjected to in this industry.”

Lorde ended the rant by saying how sad it is that she can no longer feel safe in her home country.

I don’t know, it’s difficult. But at the end of the day, she should just learn to deal with it and enjoy her life. Hopefully she realizes how lucky she really is.