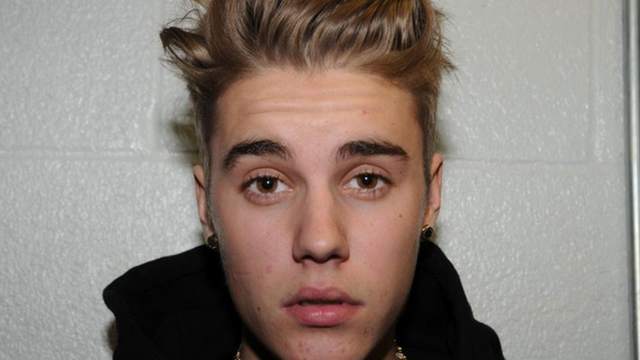 Justin Bieber’s privacy went out the window when he was arrested back in January in Florida. As you all know, he was arrested for illegal street drag racing. There were also conflicting reports about him being drunk during the police stop.

He spent several hours in jail, and during his time in the jail, he lost any privacy he still had left. The Miami Beach Police Department just released 18 new photos of the 20-year-old singer. We’re not going to show you all 18 of them here, because we don’t really believe Bieber is that important.

In addition to the new photos, the judge working the case agreed to release more police videos of Bieber. And two of the videos show Bieber’s penis.

There are believed to be five unreleased clips, and two of those clips clearly show Bieber’s penis. Why was his little man out for fresh air? Well, because he was forced to take a urine test, and you kind of need to pull your penis out for that.

Bieber’s legal team argued that this would be an invasion of privacy, and the judge agreed. So, they are going to censor the videos and cover up his junk before they release them.

The only problem with this? They appear to be having trouble censoring it because his penis is moving around too much on the video. TMZ is reporting Justin Bieber moved around a lot while peeing, and now cops are having a difficult time blurring the video.

Honestly, I am still not quite sure why they are releasing the videos in the first place. Why does the public need to see Justin Bieber peeing? It’s not like we haven’t seen him do that before on video.