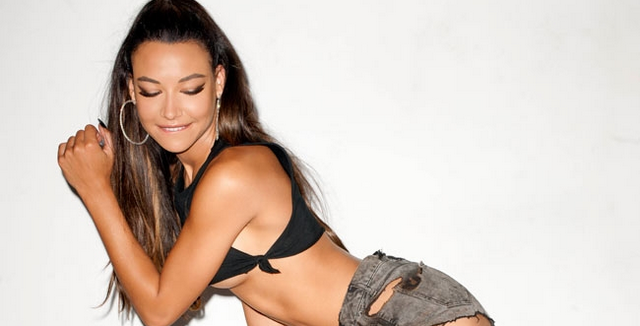 What is going on with Naya Rivera’s chest? We all know she has a fantastic body, but did she decide to screw it up by getting a boob job?

The 27-year-old actress has people talking after photos of her in a black bikini top went viral. As you can see in the photo down below, it certainly looks like her breasts are significantly larger than they were before.

Look at that! I mean, I know there could be several things that could make them just appear bigger. It could be a strange angle, lighting or that bikini top might just be doing a really good job at enhancing her breasts.

However, it just seems hard to imagine there would be THAT much of a difference. Take a look at the uncropped version of the photo.

Of course, Naya has not yet responded to the rumors. It looks like this will remain a mystery until she tweets out another bikini photo.