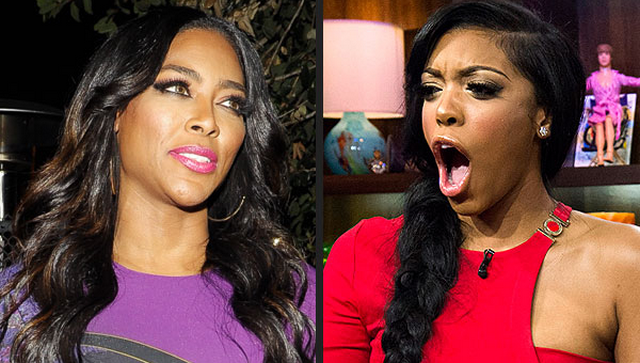 Was Porsha Williams’ Attack On Kenya Moore A Desperate Attempt To Stay On The Show?

We told you about the fight that took place on the ‘Real Housewives of Atlanta‘ reunion special. Porsha Williams couldn’t take Kenya Moore’s constant trolling. She snapped, jumped out of her seat and attacked Moore during the taping.

The fight was over in just a few seconds, but now sources close to the situation say the attack was planned. Not by producers of the show or anything like that. Sources claim Porsha Williams planned it in a desperate attempt to boost ratings and land a spot on the show next season. As you all know, Porsha’s spot on the show has been in question for the next season. There were multiple sources saying the network didn’t want her back.

A source told Hollywoodlife.com the following…

”Porsha’s not at all violent like that, she’s just trying to keep her gig by all means necessary. She thinks Kenya is an easy target and went after her because she thinks she can hang with her if it came down to it.”

It certainly makes sense when you think about it. The paycheck from this show is the only paycheck Porsha Williams is getting these days. If she wants to continue living the high life, she’ll have to continue doing crazy sh-t like this.