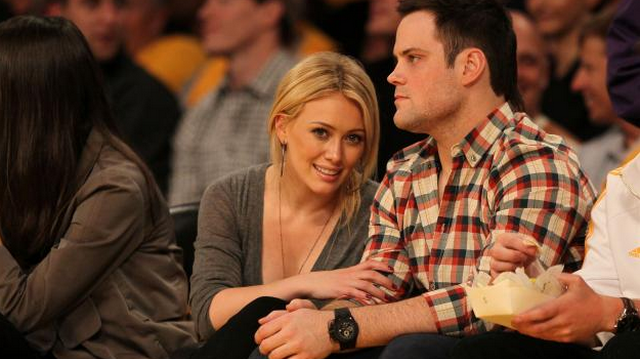 Did Hilary Duff (Lizzie McGuire) Join The Church Of Scientology?

Oh, no! Did Hollywood’s biggest cult manage to convince the sweet and innocent Hilary Duff to become a member? It’s possible, according to several new reports.

It all started last month when RadarOnline started digging through Duff’s Instagram page. They found the photo you see down below suspicious for several reasons. The woman you see with Hilary is Danny Masterson’s sister (and fellow Scientologist) Alanna Masterson.

Being in the same room with a Scientologist certainly doesn’t make you one; however, do you notice the temporary tattoo on her arm? Radar associated the tattoo with well-known Scientology symbols. And then earlier this month OK! Magazine published a story claiming Duff was exploring religion after her recent split from Mike Comrie.

“She was devastated by the end of her marriage and has been doing a lot of soul searching. Mike always told Hilary he’d never feel comfortable with her joining the Church of Scientology, so it will be interesting to see how this pans out.”

Interesting. It looks the Church of Scientology has recruited another victim, right? Not so fast! Hilary Duff went on her Twitter account earlier this month to address the rumors surrounding her moon tattoo.

Phew! This means the brainwashing hasn’t been completed. We still have time to save her! Quick, someone get Gordo on the phone!