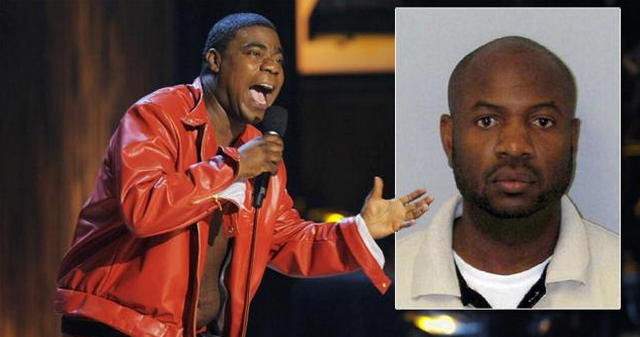 Tracy Morgan continues to recover from his injuries in the hospital. Sources say he will probably be in the hospital for “several” more weeks. As most of you know, Tracy’s friend/comedian James McNair died in the crash.

It’s just a terrible tragedy, but could it have been prevented? Well, the man driving the tractor-trailer doesn’t believe so. 35-year-old Kevin Roper, the Walmart trucker charged with vehicular homicide, believes he’s being used as a scapegoat.

“I was never charged at the scene of the accident because once again i was not guilty of any crime. Not until all the TV cameras came.”

Roper denies the reports by the media claiming he was awake for 24 hours before the accident. He says this is only happening because a famous person was involved with the accident.

“So yes i am now most likely f****d because i had an unfortunate ACCIDENT with the wrong car that night.”

It’s probably not a good idea for him to be tweeting about this, but I guess he wants to continue shooting himself in the foot. But it is interesting he brought up the being awake for 24 hours report.

The media is going crazy with that right now. A spokesperson for Walmart released the following statement on the rumors…

“With regards to news reports that suggest Mr. Roper was working for 24 hours, it is our belief that Mr. Roper was operating within the federal hours of service regulations.”

What a huge mess this thing is. At the end of the day, no one has felt more pain than the family of James McNair. Our thoughts certainly go out to them.