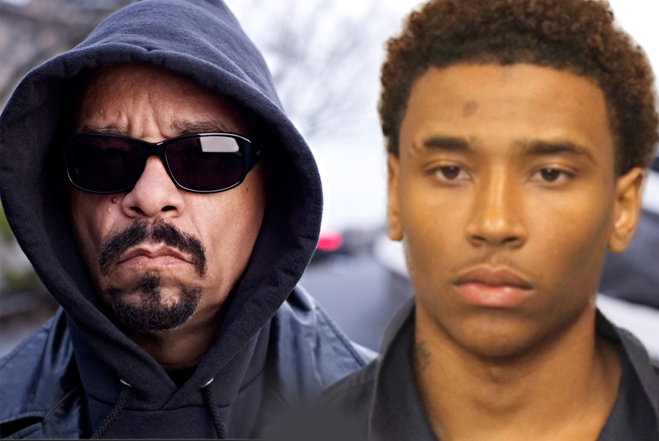 Not exactly what you might think. This wasn’t some thug, gangsta’ who killed his roommate for eating his last chips ahoy. This is a dumb kid with a gun that accidentally went off.

Reports say the 19 year old named Elyja Marrow, was playing with his hand gun when it went off injuring his roommate. When authorities arrived his roommate was found unconscious and died eventually from his injuries.

YEAH, Not a thug, but a knuckle head. Sometime as we see that’s much more dangerous. [more…]

Below is a pic of his roommate, the victim Daryus Johnson. The victims are often overlooked in these incidents as we concentrate on the sensationalism of the celebrity. Elyja is related to Ice T because he is the son of his daughter LeTesha. Not to be confused with Ice T’s son. They both have been on his reality show.

I took a quick look at the twitter account from Elyja’s father, who is attempting to take responsibility for the incident. He set out the following tweets this week,

‘I can’t live without my son!! please tell me this is all a joke’.

His account with the handle @papapreacley also has the username TheNigguhYuLuvToHate. He appears to be a contractor but he also has a lot of maturing himself as can be seen from several of his posts…..not to mention that name.  It’s fine if you want to call yourself a Nigguh, but stop lying.  You ain’t got no haters!

Nice example for your kid.

So the new Group Home van is Off the Motherfuckin Chain & can’t Wait to take my clients on a Day Trip!! #LifeLessons pic.twitter.com/jhUJHuypR4

Ice T, in the past has been a supportive of gun rights, once stating,

I’ll give up my gun when everybody else does…if there were guns here, would you want to be the only one without one?

I wonder if this incident will have him changing his tune. Elyja appeared in Ice Loves Coco, Season 3 Episode 7, entitled “Baby Got Godparents” .  So far no statement has been released from Ice T.