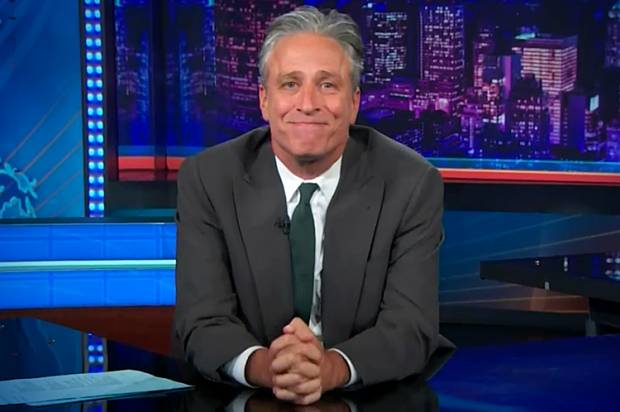 Jon Stewart Tells us everything we Need to Know about ISIS, and gives ISIS some Advice (Video)

Stewart has been known for his edgy wit and humorous takes on some rather serious issues and this is no different.  In the 9 minute clip, Stewart breaks down ISIS by providing us with an “ISIS 101” overview.  In typical Stewart fashion, he uses cleverly worded logos and strategically edited news clips to give us insight to the recent evils of ISIS and scaring the crap out of everyone who has been too busy to really understand what is going on.  He also added an extra layer of fear, informing us know that they are recruiting native born Americans through social media (something that has received little press).

He also gives ISIS some advice – He warns them that they need to be careful what they ask for.  Stewart says,

That’s right ISIS, look at us.  We’re living your dream. We’re the most powerful state in history, we influence the whole world, and all we talk about is how everything sucks now!”

While his detractors on sites like Mediaie.com are having a field day criticizing Stewart on this, he is doing what he gets paid to do, and quite handsomely at that ($25 million a year). [more…]

We all know that ISIS is evil and serious, we have 23 hours and 51 minutes to brood over it.  For now take 9 minutes and smile at Stewart. I guarantee you ISIS will still be doing evil things for you to be serious about after the clip.