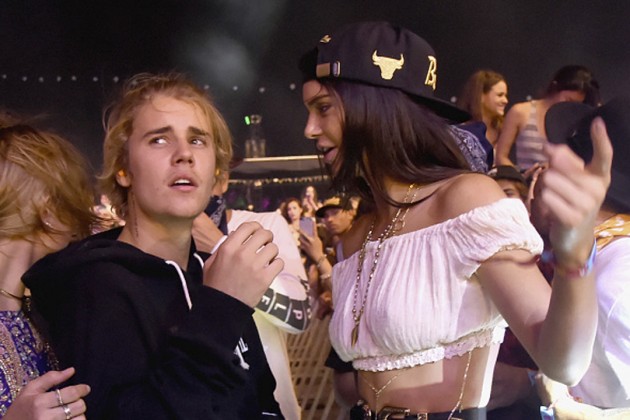 Justin Bieber Placed In Chokehold By Security At Coachella, Kicked Out Of Festival! (VIDEO) You remember that speech Justin Bieber gave a few weeks ago at the end of his Comedy Central Roast? You know, the one where he talked about growing up and becoming a man? Well, it looks like he still has some growing to do.

The 21-year-old singer was allegedly kicked out of Coachella Sunday night after a heated argument with security, and the whole thing ended with Bieber being placed in a chokehold.

There doesn’t appear to be any clear footage of Bieber in this chokehold, but you can definitely tell something is up in the video you see below, which was first released by TMZ.

According to multiple sources, the incident took place after the Biebs tried to enter the artists’ area where Drake was making out with Madonna on stage. But he was denied by the security guards because the area was full.

And one would think the new Bieber would be like, “Oh, okay. I completely understand. I’m sorry.” But no, he didn’t. He got nasty with the guards and told them that he was personally invited by Drake. The longer he whined, the more time the security guards had to build up hate for this creature standing in front of them.

Eventually, a Coachella staffer jumped in and grabbed Bieber by the arm. She was beginning to walk him out when security guards came up from behind and put him in a chokehold. And you know the “team” around Bieber wasn’t going to stand there and watch this go down. They started fighting with Coachella security, which led to the Biebs getting kicked out of the festival.

Of course, sources connected to Bieber have a different story. They claim Justin left voluntarily, and they are considering taking legal action against the guards at the festival.