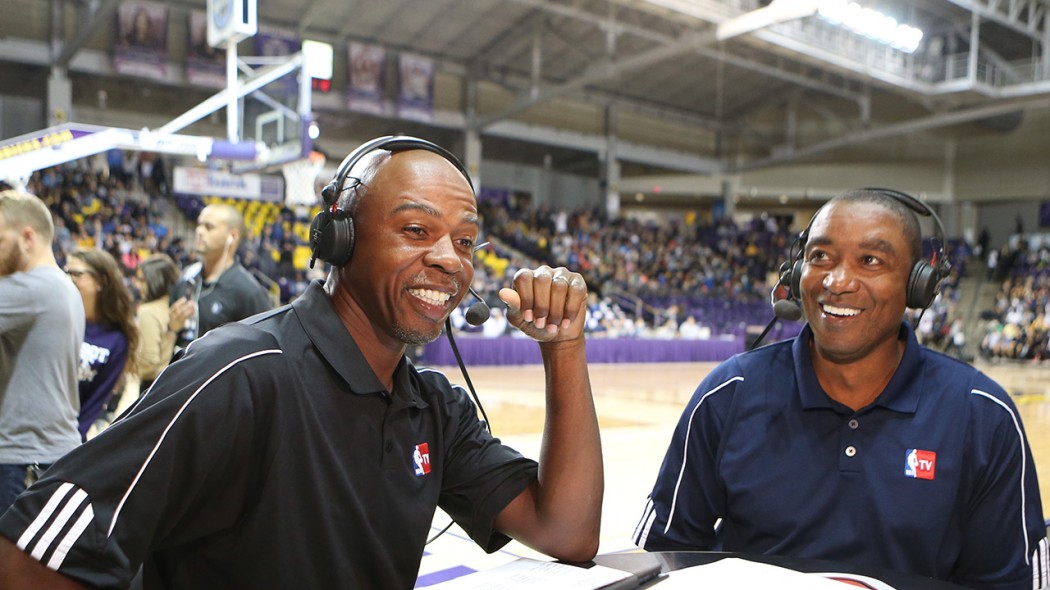 It seems like just yesterday Greg Anthony was arrested in a prostitution sting, but it was actually January. If you remember, not only was he arrested but he was suspended by both CBS and Turner Sports, not to mention any penalties he received from the beautiful Mrs. Greg Anthony.

The blow to his reputation seemed insurmountable….at the time.

ANTHONY GOT THE CHARGES DROPPED

We are a culture of 2nd chances and it looks like Turner sports is giving Anthony just that. Turner Sports has allowed Anthony to call the NBA summer league games in Orlando which started today.

A class act, Anthony thanked the TSN and the NBA,

I’d like to thank my family for their continued support. I’m looking forward to returning to my role as a basketball analyst and I’m grateful to Turner Sports and the NBA for this opportunity

His first appearance was today, at 9 a.m. ET for the Heat–Pacers game.

Turner sports did not indicate if there is a long term Anthony contract in place or not.

WHY NOT…WHAT ARE THE CONCERNS…

That’s the first question that comes to mind. It’s not as if they need to see if Greg can do the job, it’s more complicated than that and I suspect it will have to do with advertisers reactions as they see how fans react to Greg behind the microphone. It will be a cascading effect. The producers of the broadcast feel they need Anthony to put on a good show, they need to put on a good show to drive ratings so they can sell advertising space and consumers need to react positively to the ads being shown and the brands behind them.

A longer term renewed contract for Anthony will depend largely on any complaints that advertisers have from consumers who don’t like seeing their favorite brands, sponsoring a television program that involves an alleged adulterer and prostitute solicitor.   So what the executives have to weigh is, does Anthony bring enough value to the broadcast to outweigh any negative value he brings to the advertisers. If this was a cooking show I would have my doubts, but this is basketball, and I think in this male dominated sport infidelity, and prostitution will get overlooked for colorful commentary and insightful perspective on the game which Anthony provides in abundance. Quite frankly who are we to judge how this man lives his life, we just want to enjoy our sports (and judge a little bit).  Good to see Greg Anthony back lets just hope he stays off “Backpage“