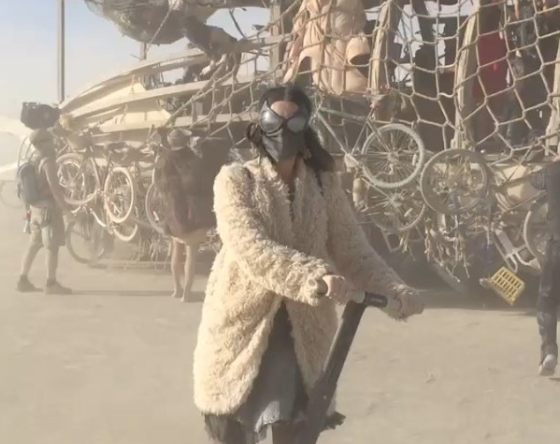 Watch: Katy Perry Fails At Trying To Ride A Segway At Burning Man 2015

Katy Perry is good at a lot of things. She’s a good singer, dancer, entertainer, and she has two very good things located on her chest. But we have found one thing Katy needs to practice on: her Segway skills.

The 30-year-old superstar was having some fun at the 2015 Burning Man arts and music festival a few days ago. And during the celebration, Perry decided it would be a neat idea to mess around on a Segway. But she quickly learned how difficult it is to control those things for a novice rider.

Dressed in a ridiculous fur coat, a backpack that she apparently stole from Verne Troyer, and some goggles, the singer stepped on the Segway and almost took a nasty fall.

At least she managed to stay on her feet. It could have been worse. Seriously. Have you seen some of the incredible Segway fails? NO? YOU HAVEN’T? UGH! Do I have to do everything for you?

Check out the hilarious video below. You will not be disappointed.