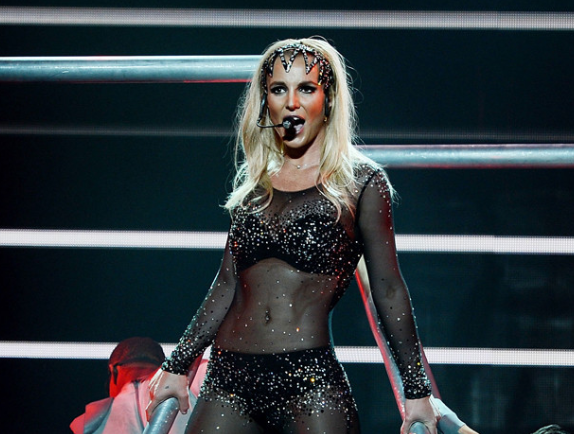 Surprise, Surprise! Britney Spears Confirms She Will Be Staying In Vegas For A Little Bit Longer! Las Vegas loves Britney Spears, and it looks like Britney Spears loves Las Vegas. Her show at The Axis at Planet Hollywood has been one of the hottest shows in town. She has been killing it on stage, minus the time she actually almost killed her ankle on stage.

But the 33-year-old star is fully recovered now, and she’s obviously loving her time (and paychecks) out in Vegas. Brit-Brit made a huge announcement earlier this week, telling her fans that she would be staying in Sin City for at least two more years.

I’m not ready to leave Vegas yet! And I just really really love this show and this city. I’m so proud of the show, and my band, my dancers and my crew have all become such a family to me. When it came down to me really having to make this decision, I just couldn’t imagine ending my residency at the end of this year.

Damn straight! Why would she leave? She has a great thing going, and she’s making an insane amount of money. Life is freaking amazing for her right now. And for those of you out there who have already seen her show, you might want to make plans to go back.

I’m getting together with my team this week to go over the set list, design some new costumes and dream up new props. There are a few songs that are fan favorites that I really want to add to the show. It’s very exciting! If you haven’t seen the current show yet, you should come out before the end of the year.

Good for her. It’s amazing to see how well she is doing now. People thought her career (and maybe even life) was over just 8 years ago.