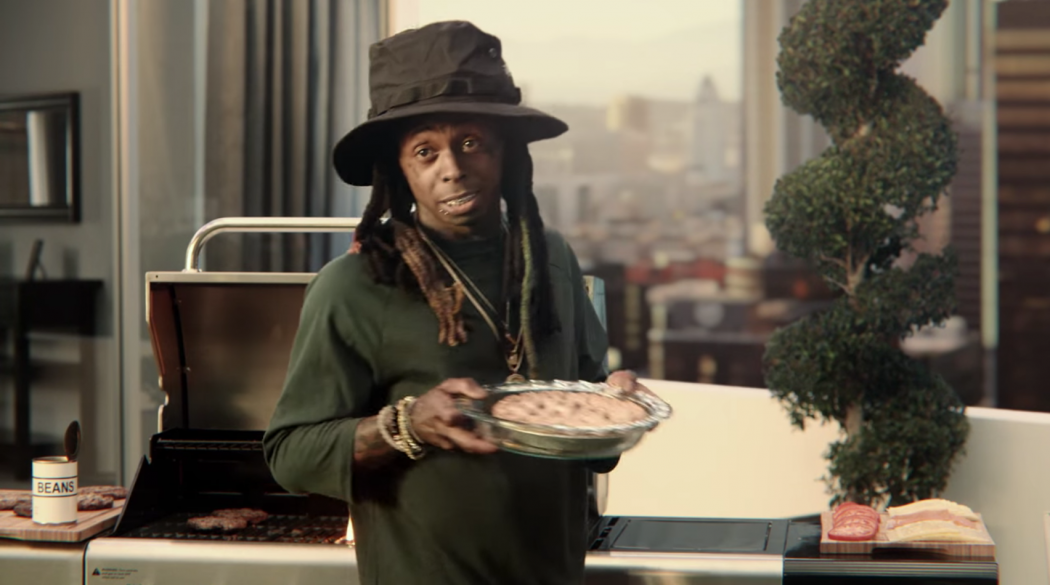 Someone at Apartments.com deserves a raise. They decided to target a slightly younger demographic and pay for some star power by hiring Lil Wayne to star in their Super Bowl ad. We know that 30 second ads are selling for as much as $5 Million for Superbowl 2016 so they could have paid $10 Million for this ad spot. 114.4 million people watched the Super Bowl last year and with what could be Manning’s last game, Cam Newton’s first ring, Coldplay and Beyonce at halftime and Lady Gaga singing the anthem, the audience is expected to easily top last year’s.

Because of this, Apartments.com is trying to get the most bang for their buck with a spot that is created around the theme song from “The Jeffersons”. You remember the song right? “Moving on Up”? Jeff Goldblum, a spokesperson for apartments.com is playing a grand piano and he is literally moving up the outside of the building as he and the piano are lifted to the roof of his new apartment building. When he gets to the rooftop, George Washington is on the roof with none other than Lil Wayne. They are having a SuperBowl party, Lil Wayne is working the grill, and they are having burgers, beans and making pies.

TMZ reported that critics are saying the ad is “low-key racist”. They however don’t mention who or what critics are saying this. The criticism stems from the fact that Lil Wayne is portrayed as cooking for a president that has a history of being a slave owner. I say enough is enough. That’s simply George and Weezy. For those who are pop culture illiterate, Lil Wayne often goes by the name Weezy. George and Weezy is an ode’ to George Jefferson and his wife Louise Jefferson. They are grilling because that’s how the song goes. Here are the lyrics

Fish don’t fry in the kitchen;
Beans don’t burn on the grill.
Took a whole lotta tryin’
Just to get up that hill.
Now we’re up in the big leagues
Gettin’ our turn at bat.
As long as we live, it’s you and me baby
There ain’t nothin wrong with that

Here his the ad spot…what do you think?