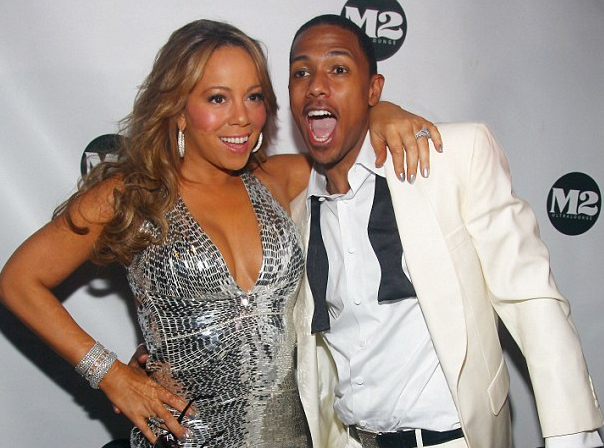 If we learned anything from the movie 8 Mile, it’s that someone is always going to get their feelings hurt during a rap battle. Rap battles are similar to having arguments with your girlfriend/wife. They know exactly what to say to make you feel like a little piece of sh-t stuck to the bottom of their shoes.

Nick Cannon found this out hard the way while filming an episode of his MTV show Wild ‘N Out, because apparently that’s still a thing. This particular episode being filmed featured Love & Hip Hop: Atlanta stars, Stevie J and Joseline Hernandez.

During the rap battle portion of the show, things started to get a little heated between Nick and Stevie. And at one point, Stevie admitted he banged Mariah Carey not once, but twice. This obviously pissed Nick off, so he fired back by saying Stevie should worry about Joseline because she was doing the nasty with Rick Ross. Things didn’t get any better from there. In fact, Nick reportedly threatened Stevie by saying, “You’ll never work in this town again.” That’s when producers on the show had to step in and stop filming because it looked like there was about to be a brawl on stage.

Sadly, the episode isn’t scheduled to air until later this year. It’ll be interesting to see if there was some real beef being marinated, or if this is some silly promotion to get more viewers. We do know Stevie and Mariah had a business relationship. He worked with her on the 1997 album Butterfly and produced her No. 1 single “Honey.”