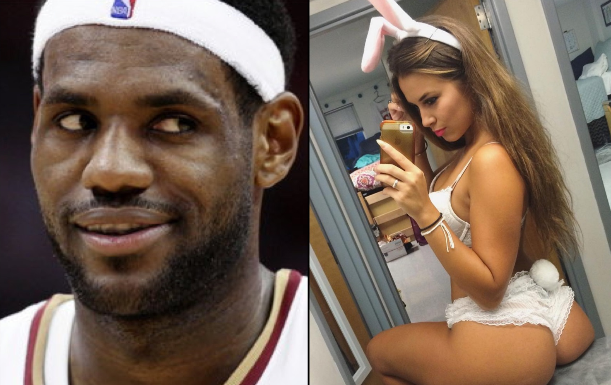 These professional athletes just can’t stay out of trouble. I still don’t understand why any of them start serious relationships. We all know they can’t be faithful, especially when they’re on the road most of the year.

At least that’s what 18-year-old Instagram model Rachel Bush wants you to believe. She shared the screenshot you see below on her Twitter account. The photo appears to show the 31-year-old superstar sending her a direct message saying, “Hey what’s up!” Now this doesn’t prove LeBron was wanting to have sex with Rachel; however, we highly doubt he was going to ask her where she got this bikini from because “it would look really sexy on my wife.” To make this situation even more juicy, Bush is reportedly dating Cleveland Browns safety Jordan Poyer, and he was actually cheering on LeBron and the Cavs just the other day with Bush. It’s certainly a messy situation, but at least James hasn’t messed up as bad as Nick Young. He might lose his penis after cheating on Iggy.

These fools need to stop with the relationships. Just live your life and have all the guilt-free sex you want. You can settle down when you retire.

Don’t marry someone, start a family together, and then ruin it for one night with this…