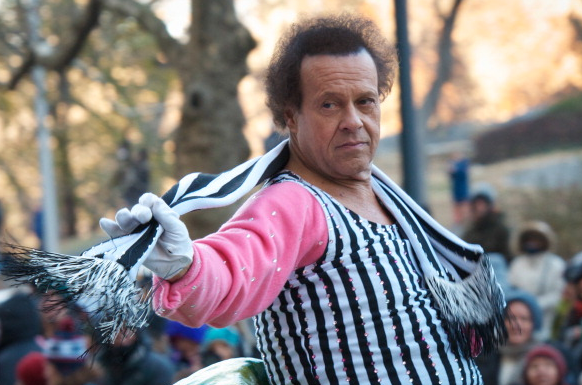 Richard Simmons Has Been Released From Hospital After Displaying ‘Bizarre Behavior’ — We Got The Answers You’re Looking For! It was not a good weekend for Richard Simmons. The 67-year-old fitness legend was rushed to the hospital Friday night after he became incoherent. According to the reports, his behavior was incredibly strange, which is saying a lot because even his normal behavior is strange.

His longtime nanny and caretaker was so concerned that she decided to call 911. When paramedics arrived at the scene, they weren’t 100% sure what was going on with Richard. They thought he might have been suffering from a stroke or possibly even dementia, so they decided to check him out at the hospital.

After running some tests, doctors discovered Simmons was simply dehydrated, which makes sense considering California is experiencing its first heat wave of the summer.

Simmons released the following statement to his fans on Sunday…

Thank you to everyone who has reached out with love and concern after hearing I was in the hospital. I was dehydrated and needed some fluids and now I am feeling great!

Of course, there are going to be some people out there who believe there is something more going on. Simmons hasn’t been seen out in public since 2013. And you may remember the report in March that claimed Simmons was being held against his will by his live-in housekeeper.

But he was quick to shut down those rumors. He told Entertainment Tonight that getting away from the fame was a decision he made to protect his mental health.

And to all the people that are worried about me, please don’t be. If I was in any trouble, if I was hurting in any way, I would reach out. It is time right now for Richard Simmons to take care of Richard Simmons.