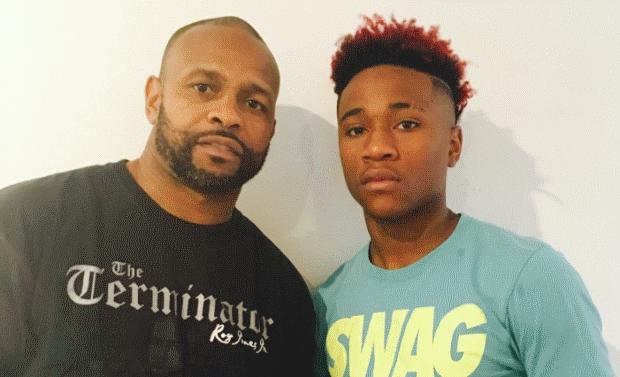 Before social media and the internet, when you were the child of a famous athlete, you really had no pressure.  You went to a private school, no one knew who you were and were and you were not expected to fill your father’s shoes.  Well you were, but only on a local level.

Those days are long gone.  We now know everything about celebrities and their children.  The expectation to be as great if not greater than their parents has never been greater; and this is on a national level.   The whole world knows who you are and anything short of greatness is a disappointment to everyone.

CHIP OFF THE OLD BLOCK

Roy Jones III however, is taking on that challenge.  His father Roy Jones Jr. used to play basketball himself.  He didn’t play in the NBA.  He played in the USBL for a team called the Jacksonville Barracudas.  Back in 1996, Roy Jones Jr became the first fighter to defend his title in the same day as competing in another sport.

It appears that Roy the III has his father’s athleticism.  He is currently a junior at Pine Forest High School and TMZ got ahold of his highlight tape.  The boy is pretty good.  Last season he averaged 14 points per game, 2.0 rebounds, 1.9 steals and 1.6 assists.   Colleges are already showing interest.

The boy is good…but is he great?  Let’s let the video speak for itself.  Don’t get too excited…he’s only 5’7″.