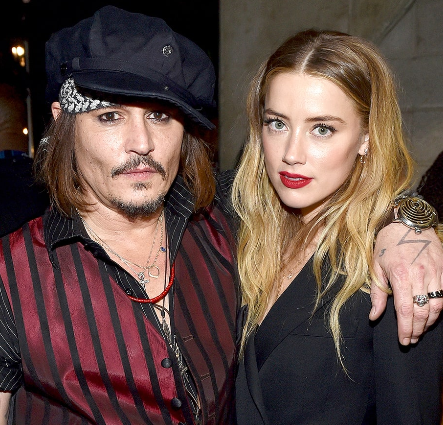 No, Amber Heard Did Not Have An Affair With Billy Bob Thornton, But It Wouldn’t Matter If She Did We saw this one coming. It’s the typical response to a woman standing up against an abusive husband. People try to somehow justify it by throwing out cheating allegations. “She cheated on him! OF COURSE HE’S GOING TO BE UPSET!”

The internet started talking yesterday after TMZ reported that Johnny Depp accidentally cut off the tip of his finger during a tantrum because he believed Amber Heard was having an affair with Billy Bob Thornton. The scary incident happened last year, and according to The Post, Depp used blood from his injured finger to write, “STARRING BILLY BOB EASY AMBER” on a bathroom mirror.

Sources close to Heard say this affair never happened, “There is no way Amber had any kind of relationship with Billy Bob Thornton,” an insider told Us Weekly. Thornton also denied the allegations, calling them “completely false” and claims he didn’t even socialize with his co-stars off set while filming London Fields, which is the movie he made with Heard.

And while we 100% believe this affair didn’t happen, we also don’t believe it should matter. Let’s just pretend for a minute that she did cheat on Depp with a 61-year-old Billy Bob Thornton. Does it change anything? Does it make the abuse okay? No.

All these bullsh-t rumors are trying to distract people from the real story here: Johnny Depp is an abusive asshole with a serious drinking problem.

So yeah, it doesn’t matter if Heard cheated on Depp with a 93-year-old man named Clarence from Kentucky, or if she was the most loyal wife in the world. The abuse still happened.