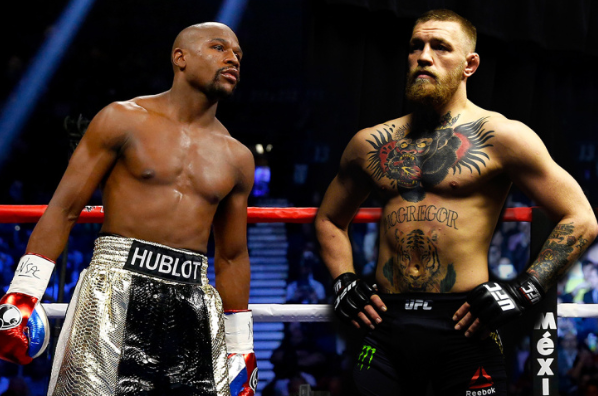 The Gloves Are Coming Off: Conor McGregor AND Dana White Fire Back At Floyd Mayweather In A Big Way (VIDEO) Yesterday we showed you video of Floyd Mayweather blastin’ Conor McGregor and the UFC. If you missed it, we have it again. Basically, Mayweather is tired of the media comparing McGregor to him. He believes the UFC champion can’t touch him.

“I didn’t know Conor McGregor was undefeated. I didn’t know he had a reign in MMA for 20 years and undefeated and was world champion in five different weight classes,” the retired boxer told the reporter.

At the end of the article, we warned you that Conor would have something to say about this, and he did. TMZ tracked the fighter down in New York City.

They told him what Mayweather said and Conor had a simple message, “SAY IT TO MY FACE!”.   This was Conor’s first response.

He also doesn’t believe Mayweather’s claim that he didn’t watch (or even hear) about UFC 205 last weekend. But his smack talk didn’t end there.

Later that same night, he went to the 1 OAK in NYC and took over the DJ booth to send a special message to Mayweather.

This is when McGregor really went in on Mayweather.  WATCH!!