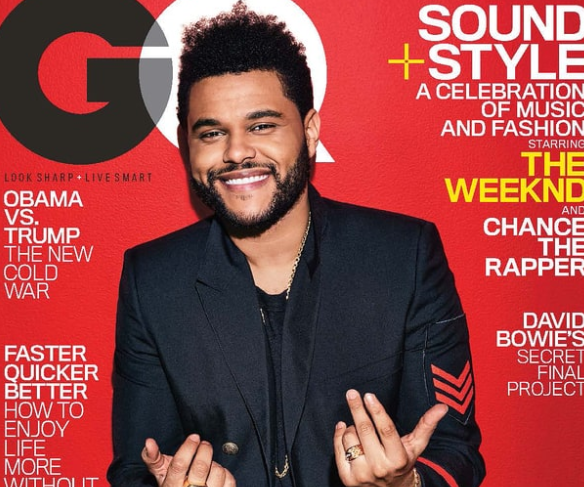 Are you still trying to come down from the shock of finding out that The Weeknd and Selena Gomez are dating? If you have no idea what we’re talking about, you’re way behind and you need to click on this link to learn the latest news so you don’t look like a fool in front of your friends.

The romance between the two stars was revealed at a very interesting time, because the 26-year-old Grammy winner just sat down with GQ for a pretty revealing interview.

He told the magazine that he has nontraditional views on love and marriage. He admits that he wants to have kids before getting married, “The first thing would be kids. Marriage is scary to me, man.” And when he was asked if fame had any impact on his sex life, he gave a surprisingly honest answer:

“Listen, I’m not walkin’ around like f–kin’ Idris Elba, know what I mean? It’s like … You’ll probably describe me in this f–kin’ thing. I’m not — look at me, this is who I am. I’m not gonna walk into the club and be like, ‘Oh s-t, I’m the sexiest guy in here.’ The reason why they want to f–k with me is because of what I do [in the studio].”

The music is what he is focused on right now. He admits that when he first started his career, he was impressed by all the girls and money.

Well, he and Gomez are reportedly working on new music together, so it makes sense that they’re hooking up now. They must have created a masterpiece in the studio.