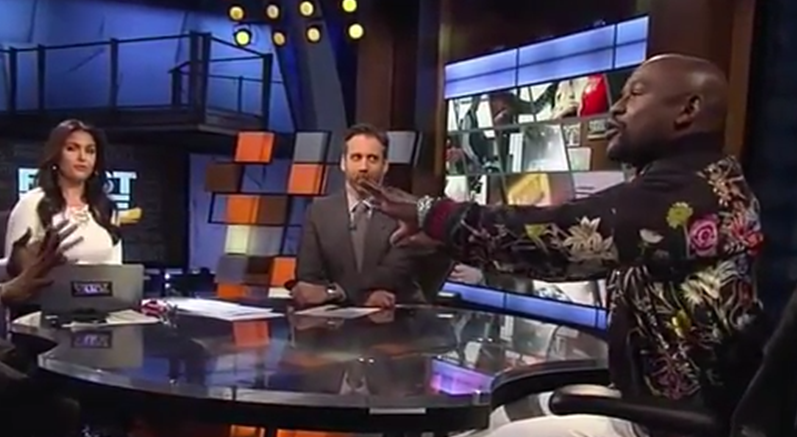 HERE WE GO! Floyd Tells Stephen A. Smith, He’s only interested in fighting Conor McGregor (not Pacquiao). Says McGregor Can get 15 Million plus Share of PPV (VIDEO) This was news to me.  I had no idea that Floyd actually tried to make the fight happen.  Neither did Stephen A. Smith!

Floyd sat down Wednesday night on ESPN’s First Take and said that he tried to actually make the fight.. Similar to Stephen A. Smith, I was shocked.

TO BE CLEAR – IT IS BOXING NOT MMA

Mayweather is too smart to think that he could win in MMA so it’s clear that the match would be strictly boxing.  This seemed to also be clear to Conor as McGregor took the steps in December to obtain a professional boxing license in California.

“We tried to make the Conor McGregor fight.  They know what my number is. My number is a guaranteed $100 million. That was my number.

“We are willing to give him $15 million and then we can talk about splitting the percentage — the back end — on the pay-per-view. But of course, we’re the ‘A side.’ How can a guy talk about making 20 or 30 million if he has never made 8 or 9 million in a fight.”

Floyd has a point.  In fact the most Conor has ever made in a fight was $3 million plus PPV for his win in August against Nate Diaz.  Floyd is offering him 5 times that GUARANTEED.

If the fight does happen, I think it would be a lot less eventful then we think, but similar to the Paquiao fight, I will be tuned in from the weigh in, until the final bell.

Conor, looks like the ball is in your court Homie!!