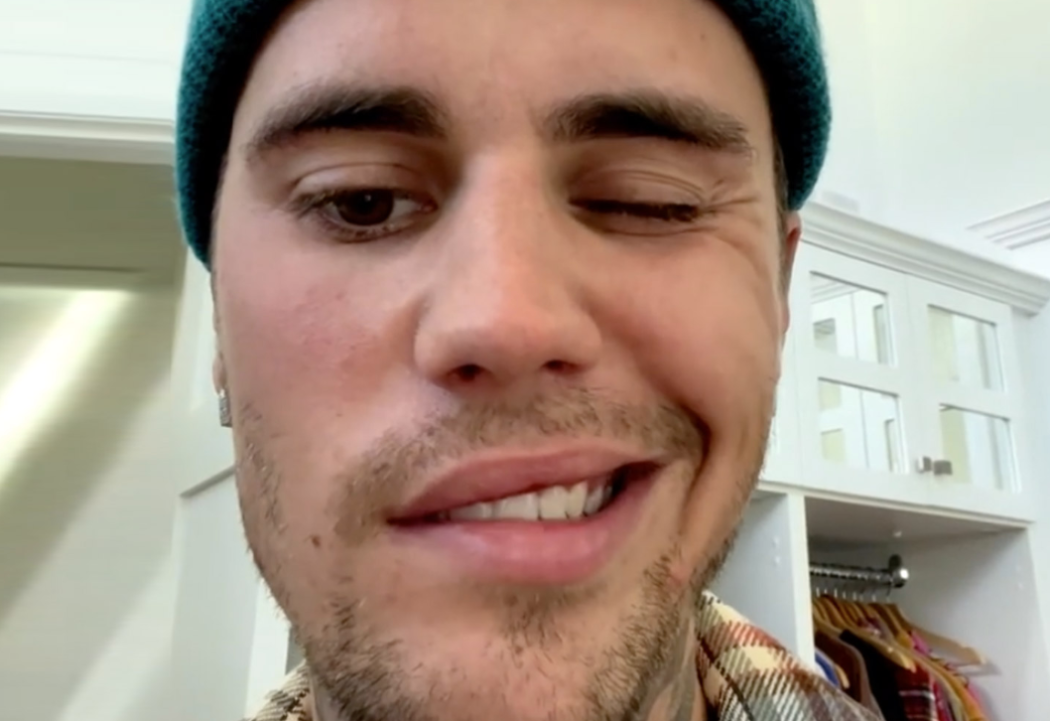 A week ago, people were pissed at Justin Bieber for cancelling a handful of upcoming concerts, including two huge shows at Madison Square Garden on Monday (June 13) and Tuesday (June 14).

Fans thought he was just being lazy. The hate got so bad that Bieber was forced to jump on his Instagram account to show everyone what he’s been dealing with.

And honestly, it’s a lot. He revealed he had been diagnosed with Ramsay Hunt Syndrome, which is basically the same virus as chickenpox and shingles. The difference between Ramsay Hunt and shingles, is that the virus ends up infecting the facial nerve near the inner ear with Ramsay Hunt. This can cause a rash by the ear, intense ear pain and facial paralysis.

You can see in the video that Bieber can’t move half his face. His eye can’t close, his nostril won’t move, he can’t smile… it’s pretty concerning.

As you can see, this eye is not blinking. I can’t smile with this side of my face, this nostril will not move, so there is full paralysis in this side of my face. This is pretty serious as you can see. I wish this wasn’t the case but obviously, my body is telling me I got to slow down and I hope you guys understand and I’ll be using this time to rest and relax and get back to 100% so that I can do what I was born to do.

So will Bieber get movement back? It’s highly likely, especially if it’s treated early, which I’m sure it was in Bieber’s case. I imagine he has a doctor with him on tour.

As for when the movement will come back? Well, it just depends. For some people it’s weeks, and for others it’s months. For right now, Bieber has only canceled three upcoming performances.

It’s been a tough year for Bieber and his wife, Hailey Baldwin. As some of you may remember, she actually suffered a mini stroke earlier this year. Doctors later found a small opening in her heart, which contributed to the stroke. She underwent a procedure and is now 100% recovered.