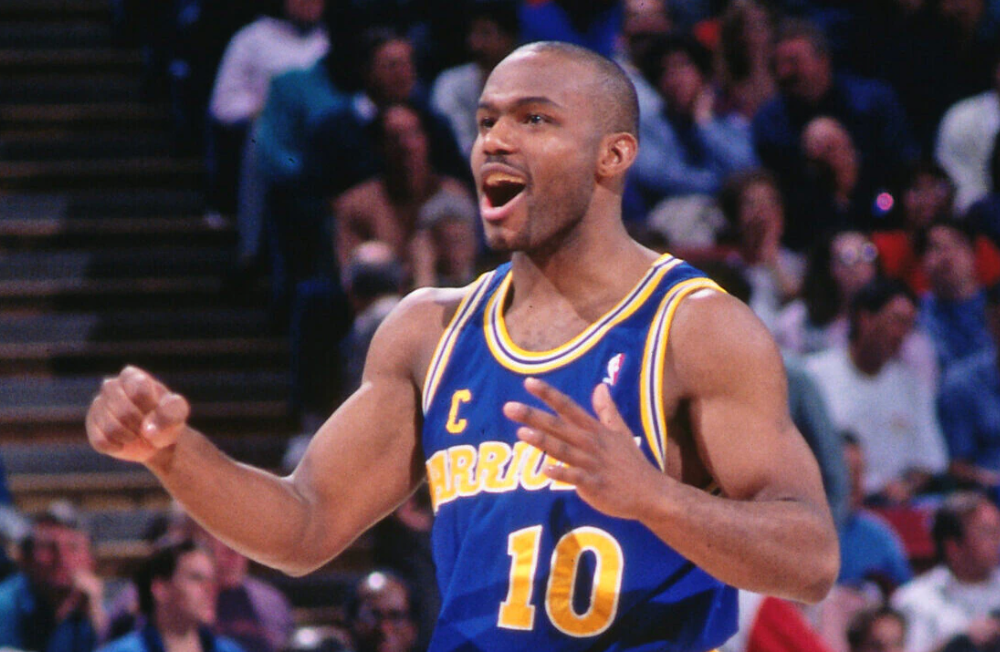 Tim Hardaway was great at playing basketball, but unfortunately he’s not great at being a decent human. You’ll remember back in 2007, he was basically cut from all speaking engagements after he declared that he hated gay people during a talk on The Dan Le Batard Show.

After declaring he hated gay people and didn’t want to be near them, he was removed from the spotlight for several years. He eventually apologized for the comments, but it was a little too late.

Now, 15 years later, the NBA decided to give Hardaway another chance… and he done f**ked it up again.

The 56-year-old athlete was in the TV booth for Golden State’s special “RUN TMC” broadcast, which featured Hardaway, Chris Mullin and Mitch Richmond instead of the Warriors’ regular announcers.

And early in the third quarter, Hardaway goofed big time. He was talking about how he felt a player crossed the line on defense, “See, ya’ll thought that was great D, I thought that was just raping him. I think he should have called the police on that.”

…yikes. You could just hear how uncomfortable the other people in the booth were. They quickly tried to move on, but of course the damage was done.

A few minutes later, Hardaway apologized for his poor choice of words:

Hey everybody. I used a poor choice of words earlier in the broadcast. I want to apologize for that. And, you know, let’s get back to the game. And, let’s finish this game off with a 30-point win and go home happy.

I think Hardaway should probably just stay away from microphones. Dude had 15 years to practice for his comeback and just fouled out in the first quarter.