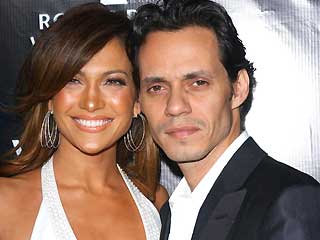 Jennifer Lopez and Marc Anthony call it a Wrap. Divorce!

You know your boy Cosmo never sleeps.  Just as I’m punching the clock, I hear this:

JENNIFER LOPEZ AND MARC ANTHONY GETTING A DIVORCE!!

After seven years the hot and spicy couple are calling it quits.  It was released to PEOPLE:

“We have decided to end our marriage. This was a very difficult decision. We have come to an amicable conclusion on all matters.”

This divorce could be worth a whopping $350 Million, not to mention the custody battle that will be crazy for the twins.

There were rumors stemming from a New Year’s Eve spat in San Juan, Puerto Rico this year.  They had a crazy argument in public and Mark Anthony did the finger in your face thing in front of everyone.

“At one point Marc took Jennifer to the side and got very serious with her. It looked as if he was giving her some kind of orders—like a father scolding a child. It didn’t look like a nice conversation. Put it this way—no one was smiling, and it was the biggest party of the year!”

That goes along with the rumors that he was “Verbally” abusive.  Spankin that a$$ with some verbs and nouns.  Well now it’s going to be off to he lawyers.  I’m sure all of this will come up and more.  This is about to get muy caliente!!

No one knows right now if there is a pre-nup but this is Jennifer Lopez’ third divorce in 15 years so she knows how to do it right.  2011 is going to be a tough one.  She is still battling her ex husband from releasing a tape called, “Jenny from the Hood”.  Oh My!

As usual stay tuned, I’m sure there will be much more.  Anybody with an early release of “Jenny from the hood” hit me up.  cosmo@tvsmacktalk.com.