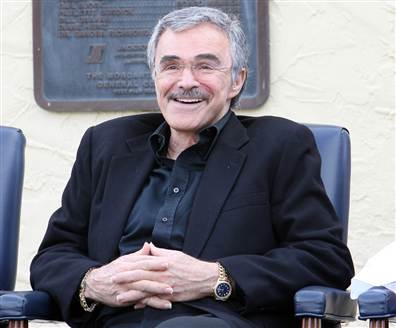 Reports say that Burt Reynolds hasn’t made a mortgage payment on his crib in Florida in almost a year.  The foreclosure proceedings have begun.  The huge 4.5 acre estate is located in Hobe Sound, right off the water.

When the records were pulled, it showed that Burt has a second mortgage of $750,000 on the property, which is valued at $2.4 million. This is a man who lived in Florida his whole life and has a park named after him in the exclusive town of Jupiter (where Tiger Woods lives).

Reynolds brought the place in 1994 and had a $1.5 million dollar mortgage.  He put the house up for sale before for $8.9, but couldn’t find a buyer in the super soft housing market.

As stated in the foreclosure papers,

‘Plaintiff must be paid $1,193,808 in principal on the mortgage note and mortgage, together with interest from August 1, 2010, and all costs … and reasonable attorney’s fees.’

Burt has had financial troubles stemming from some bad investments and his divorce from Loni Anderson.  He filed bankruptcy in 1990.

He has also had health problems recently including a quintuple bypass back in Feb. of last year.  I’m sure this is the last thing that he wants to be worrying about.

The thing I can’t figure out is, why he hadn’t paid off this mortgage when he was working.  He’s had 67 roles since he’s brought that place, and still didn’t pay it off.  That’s just poor planning on Burt’s part.

I guess he could always join Dancing With the Stars, they would be more then happy to have him.

scroll down to see pictures of Burt’s House