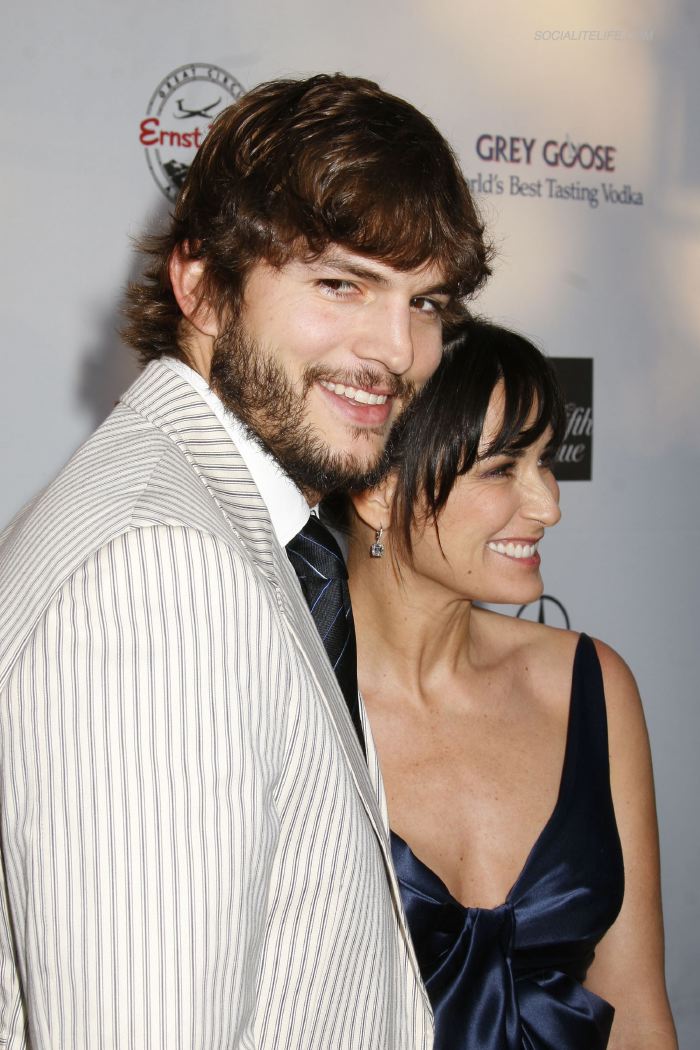 Ashton, Probably Peeping some Boobage on the Low.

That was the “goings ons” that night.  Instead of celebrating a happy sixth wedding anniversary, Ashton was living la vida loca with 4 young, hot chicks.

These details all come from a yacht worker named Jacques Du Toit, who is enjoying his 15 minutes of fame at Demi and Ashton’s expense.  His girlfriend was one of the 4 young, hot chicks!

As he tells it, it all went down at the “top of the rock” Diamond Suite at the Hard Rock Hotel.

Yikes! Sara is less then half Demi's Age.

Du Toit’s friend is actually th one that spilled the beans.  Big Mouths’ name is Gavin Naumoff.  He told the Daily Mail that Du Toit went to Kutcher’s room because his girlfriend was in the hot tub.

When he got to the room there was a bouncer/ bodyguard at the door and once he explained that his girl was inside, the bouncer let him in.

‘He found Ashton in a hot tub on the balcony with Alexis (his girlfriend), Sara (leal), a girl called Katie and another girl called Marta. They were all naked. Ashton invited Jacques to join them in the tub.
Apparently, Ashton said, ‘Yo, where’s the vodka at?’ and Jacques was like, ‘’It’s over there but I’m not going to get it.’ So Ashton gets out to get the vodka and that’s when Jacques saw he was butt naked.’

After, everyone left but Sara.  That’s when Sara alleges she did the deed with Ashton.

Naumoff, when talking to the Daily Mail actually had t*pless pictures of Leal.  He describes her as wild,

‘She was off her head, we all were. She’s a wild girl and loves to party. She is someone who knows what she wants and is determined to get it.’

Leal wants $250,000 for the story of what went down that night, or a counter from Ashton to go away.

As smart and business Savvy as Ashton is, it appears that he fell into this one.  These women are there for exactly what happened.

Honestly, I’m surprised they made it six years.  She’s almost 50 and he’s still in his 30’s, they are a super high profile couple, and both are hot.  I will give Kutcher the benefit of the doubt; if he’s not hot for looks he’s hot because of loot.

Will this finally be the end of their marriage?