Ruth Madoff Reveals that her and Bernie Tried to Kill Themselves, but it Didn’t Work. 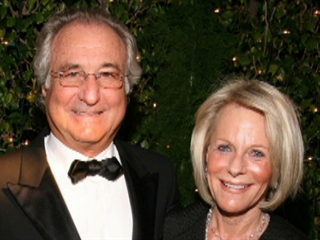 Ruth Madoff revealed that her and Bernie tried to take pills to put an end to the public torment.

Back in December of 2008 Bernie admitted being behind what is now known as one of the biggest Poni schemes in history….in my Austin Powers voice….$60 beeeelion dollars!!

They were so desperate they decided to end it.

It was Christmas Eve of 2008, the couple popped what they thought was a sufficient amount of sedatives.  She weighed a little over 100 lbs so Bernie took more than her.  They laid down next to each other waiting to past on to the afterlife.  What happened?

In an interview with CBS, Ruth Madoff recounts the details,

‘I don’t know whose idea it was, but we decided to kill ourselves because it was so horrendous what was happening.

‘We had terrible phone calls. Hate mail, just beyond anything and I said: ‘I just can’t go on anymore.’

I took what we had, he took more,’ adding that the fact it was Christmas Eve ‘added to the whole depression’.

Ruth Madoff explains how the sent their son Andrew a package of sentimental items including jewelry.  When he asked why, she told them about their plan for suicide.

Now this all makes sense.  On 20/20 Stephanie Madoff Mack revealed that Bernie had sent them his watches in the mail, but apparently she wasn’t aware of the suicide, or attempt of suicide that was happening.

She has recently released a book “The End of Normal” where she goes into details about the oddities of the Madoff household.  These tales include Ruth’s obsessive dieting, her two facelifts and Bernie being a “hygiene freak”. 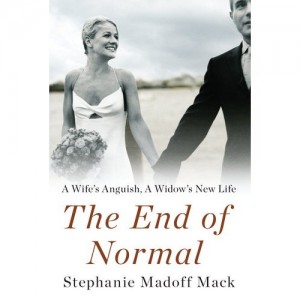 Ruth is no longer living the life of a billionaire.  She lives in Florida now where she works giving meals to the homeless.  Bernie is serving a 150-year sentence at a federal prison in Butner, N.C.

Ruth said that she felt good about waking up, but she was not sure how she felt about him waking up.  She said they never talke about suicide as a couple again, but she doesn’t know why he didn’t.  She says,

“I don’t know how he lives with it all.”

An article based on Ruth’s entire CBS interview will be released on Sunday in the NY Times, Ruth granted the interview the promise that the written interview would not be released until then.