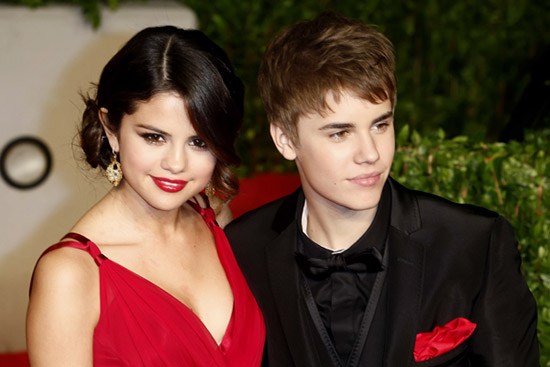 Selena Gomez Confirms that She’s Still with “The Bieb”! Selena – this is the perfect time to make your exodus! RUN!!

Instead she is deciding to stick it out with Justin. They are working harder on their 8 month relationship then J-Lo and Marc. Hell, 8 months already is longer then Kris and Kim!

Selena Gomez’s camp told Us Weekly that they are still together despite the reports that they were split up.

Justin was on the today show Friday and was trying to do damage control. Matt Lauer pushed him to discuss the allegations. ‘The Bieber” manned up and stated,

‘I’d just like to say basically that none of those allegations are true,’ he said.’I know that I’m gonna be a target – but I’m never gonna be a victim.
‘I think that it’s just crazy because every night I’ve gone right from the stage to my car.’It’s crazy that some people want to make up false allegations.
‘But to set the record straight – none of this is true.’

Then Lauer hit him again, asking if he even new Yeater. His reply was simply,

If I was Justin, I would have put the whole thing to bed a long time ago. Took my paternity test and then sued Yeater for everything she had….all $4.50 worth.  He just might end up having to do that anyway.