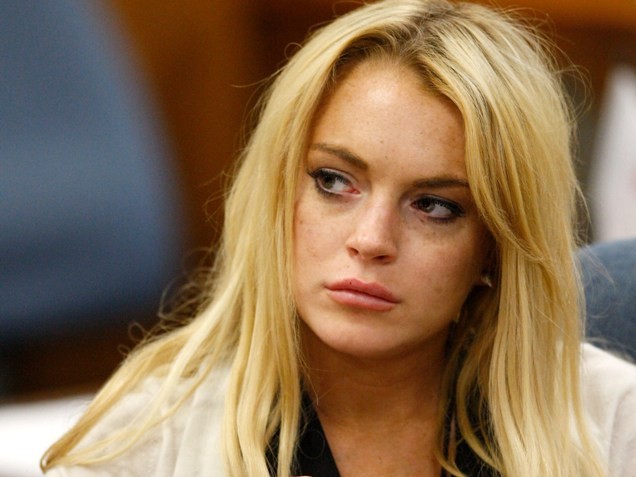 Conflicting Reports on the Sales Numbers of Lindsay’s Playboy Issue – Hot or Not? Apparently old school P*rn still has life, especially when you have an A-lister blessing it’s pages.

We will take this with a grain of salt, because the record breaking report comes by way of Hugh, but he is saying that the magazine is breaking sales records, despite the huge leak on the internet.

CNN was also skeptical of the Hef-miesters claim so they made a few calls to a dozen newsstands in L.A., Chi-town and New York.  They only found one newsstand that was sold out.

TMZ however is reporting that the mag is selling out across the country.

These bold statements could be a way for Hugh to save face as he shelled nearly $1 million to get Lohad to bare it all in Marilyn Monroe throwback shoot.  Similar to the one that kicked off Playboy back in 1953.

Lindsay is also doing her part sending out a tweet,

Despite his tweet official sales numbers were not provided.  When a Playboy spokesman was asked directly he said it was selling “very well”.

What the heck does that mean?  We need some solid indicators, not a tweet from the Playboy magazine owner.  I call bull, it is a double issue, but with the huge leak on the internet, the rise of free internet love and a general disinterest for Lohan, I think Hugh took a gamble on this

Let’s get some real numbers instead of riding TMZ’s hear say on this one.