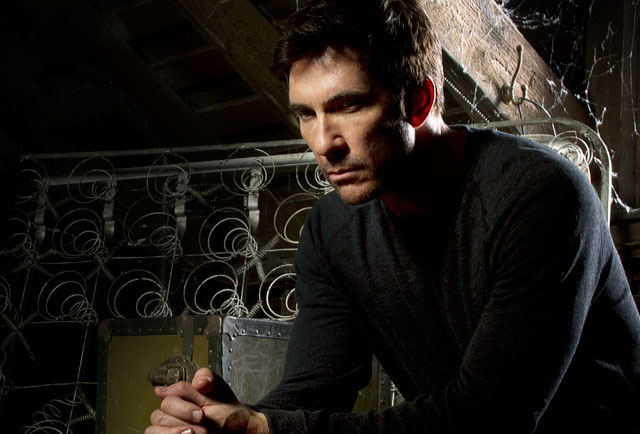 American Horror Story to Change Things is Season Two – Mcdermott and Britton Out!

What happened to the old adage, “If it ain’t broke, then don’t fix it”.   Apparenlty surprise hit American Horror Story doesn’t subscribe to that theory.

Who would have thought that the creators of the show that I despise could have pulled off such a great TV series.  Ryan Murphy and Brad Falchuk took AHS to a 3.22 million viewer finishline.

The finale took in 2.2 million viewers in the 18 to 49 demographic coming in No. 1 for all demographics on cable Wednesday night.  TNT’s “Falling Skies” tied AHS for the top rated new scripted cable series.

When questioned about the future of the how we learned some interesting tidbits.  The creators say that the show will be a “seasonal anthology” going forward.

WHAT THE HECK DOES THAT MEAN?

It means next season they are switching things up.  Expected to premier close to Halloween 2012, the second season will not feature Connie Britton and Dylan McDermott.  That’s right, the stars of the show are not returning.  The next season will have a mostly all new cast, a new home (or building hint..hint..) that will be haunted as well as a new overall theme.

It appears during the first season the house itself is actually the main character.  The house plays the stage for many murders, most which are based on famous real life murders: the Lindbergh kidnapping, Richard Speck, the Black Dahlia murder, and I’m sure a few that I don’t know about.

Creators Murphy and Falchuk will be making an announcement this February regarding the new storyline and cast.

I like the thought, this way the story never grows old, but it’s not that easy to recreate the same ratings magic with different characters. If McDermott or Britton do return it will be only as character roles.  McDermott will have to find another vehicle to which he can remove his shirt for.