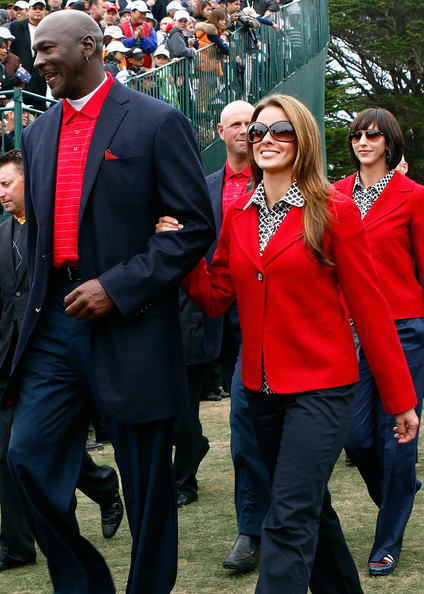 Michael Jordan Goes for his 7th Ring! He is Engaged to Girlfriend Yvette Prieto.

Tis the season with all these damn engagements.  Now we can add MJ to that list.  That would be Michael Jordan.  He’s going in for a second time.  He did the deed like so many over the Christmas holiday.  The lucky woman….Yvette Prieto.

WHO THE HECK IS YVETTE PRIETO

“You know how I do” , we got to dig deep and get some pictures and dirt of this chick.

She is not “some white” chick, as I’ve seen her referred as.  She’s “some Cuban” chick.  She is a model and is rumored to have dated none other than Enrique Iglesias’ ……..big brother Julio Iglesisas Jr.

Not sure if her modeling career flamed out but rumor has it that she works at her father’s jewelry company and has claimed bankruptcy as recent as 2002.

That would explain why MJ brought a 5000 square foot house for $300,000 back in 2009 at the Kendall Gated Community near Magic City in Florida.  Not only did he buy the house but, the greatest of all time took out a 30 year $196,000 mortgage.  This probably was so Yvette can pay her own bills.  Kudos to her for that.

I don’t believe the rumors for one minute that MJ has been living there since.  Here is the house in Florida compared to his normal standard of living……Ummm……let’s not forget, he owns the Bobcats as well as another zillion other business ventures. The House Purchased in Florida

Michael Jordan has been smart on and off the court.  In 1989 he married Jaunita Venoy. That marriage lasted 17 years ending in 2006.  There was an early break up and the two tried to work it out, but ended things in a $168 Million dollar divorce.  The couple had three kids.

HOW MUCH IS MICHAEL JORDAN WORTH.

According to Forbes his net worth is $500 Million.  He has endorsement deals with Nike, Gatorade, Hanes, Upper Deck, 2K Sports and Five Star Fragrances. He also owns five restaurants and a car dealership in North Carolina.