Britney Spears in V Magazine – Is She Really Skinny or was she Photoshopped Thin? [photo] Here is the photo that is gaining all the speculation.  It’s for an upcoming issue of “V Magazine” where Spears was interviewed along with Drake, Katy, and Ke$sha. The musicians were picked to be photographed with their supporting teams aka their second families – manager, stylists, choreographers, etc.

When we saw her last, she wasn’t bad, but she wasn’t this good.  Tabloids are saying that she is getting in fighting shape for her upcoming wedding to Jason Trawick, while others are saying that that’s not even her!  They are saying it’s her head on someone else’s body. After blowing the image up, I can certainly see where the critics are coming from. Then I learned that the photo was actually taken on the first day of her Femme Fatale tour.  When you compare this photo, with real photos from the tour…..that is not her body. 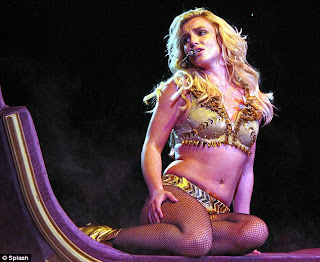 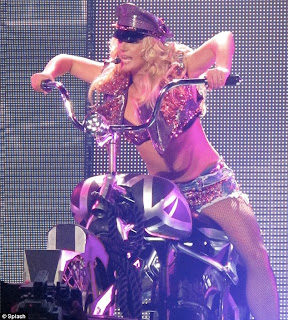