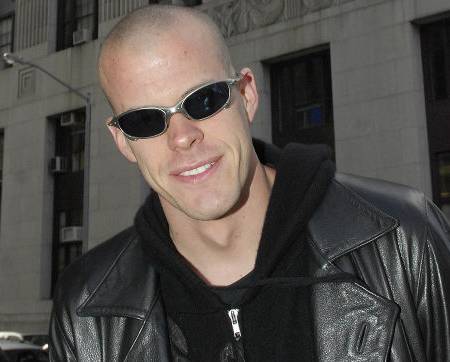 Jeb Corliss might be America’s most famous dare devil.  He is best known for jumping off crap with this crazy looking winged suit.  Let’s face it, he is crazy.  He’s jumped from the Eiffel Tower in Paris and the Christ the Redeemer Statue in Rio as well as a ton of other famous landmarks.  It’s called base jumping.  As he has grown in fame he has also made changes to the winged suit, the latest revision looking like something right out of a Mission Impossible film.

Corliss has become so famous and garnered enough interest in himself and his stunts that he was able to land a documentary.  It was a jump that he was making for this documentary, where things went drastically wrong and thanks to the cameras, we can see every horrific moment. WHAT HAD HAPPENED WAS…..

From the video, which starts out with a stiff warning

‘May be disturbing for some viewers’,

you can see that Corliss jumps from the top of Table Mountain in South Africa.  That footage in itself is crazy!! He only has on this winged suit that has an emergency parachute, and a set of balls bigger then coconuts.  He quickly reaches speeds up to 120 mph.  If you watch closely you will see helium balloons, these are there to guide Corliss so he can navigate the rocky cliffs. They provide an indication as to how high or low he is so he can adjust properly.  (I thought they were just celebrating something…really? Watch for yourself).  This has to be the most low tech, bootleg way you can do this.

Just as he is about to clear a landing, he misjudges the distance and hits his legs on the rocks.  He smashes everything below his waist.  This sends him tumbling through the air and he must pull his parachute.  Remember, once he impacts the rocks – both of his legs are now broken.  OOUCCCHHH!!!

He pulls the parachute after rotating literally head over heels and bounces on the ground before coming to a stop.  Due to the filming of the documentary, you can see this over and over from many different angles.  To get an idea just how fast he is going, there is a shot of a man standing on the ground as Corliss passes by.  It’s so fast you think the video is being sped up.  It’s not!

Corliss was airlifted to the hospital and had to get surgery on both legs.  He was taken to the Christiaan Barnaard Hospital in Cape Town and has been there since January 16th.  The hospital released a statement,

‘Mr Corliss needed extensive surgery on his legs and also needed skin grafts to repair the damage. He suffered serious injuries and remains in the hospital, although he has been making good progress in recovery.

‘One of the reasons he is still with us is that we needed to check how the wounds would heal from the skin grafts, but we hope to be able to discharge him on Friday. After that he plans to return home immediately to America to be with his family.’

Here is the video – you get to see how crazy this dude really is.  Do you think he is hanging up the winged suit for good or will he be back? I say, he will be back.