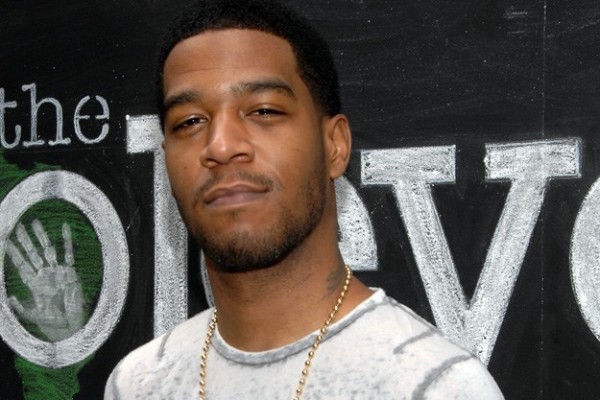 Kid Cudi showed the world his new tattoos today.  Two slit wrists complete with dripping blood!  He posted pictures of his new body art with a tweet that read, NOT A HAPPY CAMPER

Kid Cudi’s  new collaboration album, WZRD, with Dot Da Genius, hit #1 on ITunes this week.  So why the slit wrists?  Maybe it had to do with issues with his record label.  Apparently he felt they short shipped physical copies of his CD.  (Do they still make those? )  Cudi tweeted,

My weak ass label only shipped 55k physicals cuz they treated this like some indie side project tax right off,

“Who mad??? not me and @DotDaGenius : ) So its def gonna be tough to find one in the stores guys, I’m sorry about that. I gotta go out and find one too, becuz my weak ass label never even gave us a copy of our own album. FAIL!!! Im lettin Universal Republic have it, fuck it. What they gon’ do, spank me?? hahahaha.” I think Cudi can relax.  Despite WZRD being hot, this isn’t the day of Raekwon and the purple tape.  We are not on line waiting for the record shop  to open, we are online ready to push click on iTunes.  Someone at his label didn’t give the Cud-man the attention he feels like he deserves, but the twitter rant won’t necessarily make things that much better.  As long as he stays selling records, he won’t get spanked…but the second he stops, Universal Republic will be reaching for their paddle.