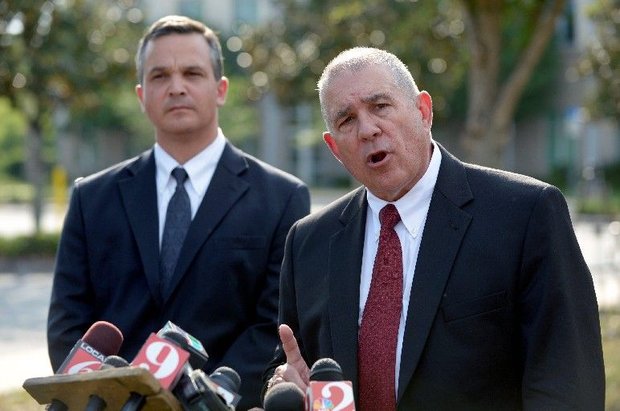 Attorneys Craig Sonner and Hal Uhrig announced today at a press conference that they are withdrawing from the case.  The reason they provided was that Zimmerman was not answering calls, texts nor emails. During a press conference today, the legal team made the following statement,

“We’re not taking the position that we’re leaving him, Communication can’t be one way. … I can’t hold myself out as the attorney of record at this point. It wouldn’t be ethical for me. … That’s why I’m stepping back.”

I suspect that there is more to this then we know or that the lawyers are willing to reveal.  They said they had no spoken to Zimmerman since Sunday.  Sunday?  That’s not really what I would call a long time.  However, there was some shady “goings” on Sunday.

Sunday the lawyers validated the website that Zimmerman set up to collect legal donations. The next day Zimmerman announced a separate website unbeknownst to his attorneys.  This was not the first lapse in communication with Zimmerman.

“lots of things going on that I don’t know about,”

The two attorneys also admit that they have never, ever met Zimmerman in person.  They also clearly say that he’s not in Florida so everyone can stop looking there.

“You can stop looking for him in Florida. Look much further than that.”

“We frankly believe that the correct decision would be not to charge him,”

Somehow without ever meeting the 28 year old Zimmerman and bailing on him early in what appears to be a long, drawn out public war, the two attorneys still claim that he is innocent and should not be charged,

“We frankly believe that the correct decision would be not to charge him, We hope for the best for George Zimmerman.”

This now leaves an opportunity of a life time for an attorney team looking to make a public splash.  The issue is not only the death threats and safety concern for Zimmerman, the same concerns would apply to anyone who decided to take on this case.  Would the juice be worth the squeeze?  That’s the million dollar question!