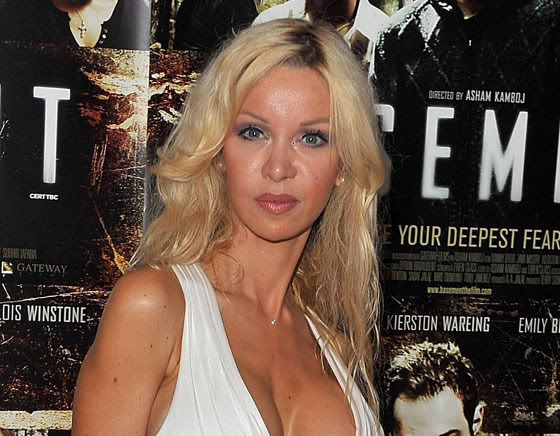 Model Alicia Douvall doesn’t want to be left off the List of Simon Cowell Conquests.

She was pissed that she wasn’t included in list of women that Simon Cowell bedded in the unauthorized biography that was released last week.  Not only is she bragging about being a notch on Cowell’s belt but she said one night they did it 11 times.  She said they met in 2001 at a hotel bar.  They went on three dates and on the fourth date, Cowell smashed it 11 times.

“We started having sex and went on through the night. We slept a little bit in between but only for a few minutes.”

Imagine that, “Your backshot positioning was not your best tonight!”.

She said the affair lasted a total of 6 months and then Cowell was on to the next. Douvall had fallen down the food chain of Cowell conquests and referred to herself as the “Ten to Eleven” girl.  That’s a girl that you call at 10:50 (because after 11:00 is rude) for her to come over and smash.  That used to be referred to as a bootycall.  “Ten to Eleven” girl is much more sophisticated.

“I knew he would not get married even when he was engaged. When I first met him he told me he wasn’t the marrying type.”