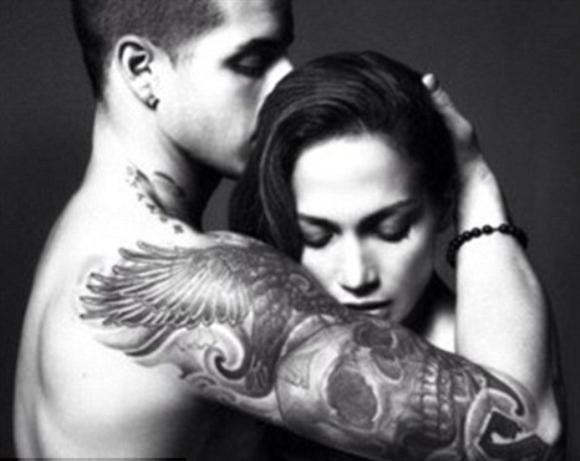 Casper Smart is so Daym Disrespectful on Twitter – Really J-Lo is this Your Best?

Yes, yes, leave your comments below.  I know I’m a hater and I’m not saying that she should stay in a bad marriage but this guy is evidently a moron.  Look at his twitter account, is he 16 years old?  Who tells anyone to suck their d*ck or brags that they just smashed.  I know it’s a J-lo smash but still, a little discretion would be nice.

Anglela Duhart, who seems to be a really nice woman as her twitter page describes her as

She sends a tweet to Casper actually telling him that he’s much more than a boy toy and he should value himself essentially as a man,

@CasperSmart You and J-Lo? Pleeaassee! Her & I are old enough to be your mother. You are much more than toyboy…aspire to be greater!…♥

Basically telling him that he’s not just a sex object.  She even put a little heart there.

@AngelaDuhart go suck a dick. We love each other and thst’s what matters most.

Reallly!!  Could you imagine if that was your mom that Casper talked to like that?  Is this really the type of guy that our American Idol Judge is letting watch her two precious twins.  One of the World’s biggest superstars is dating and spending her money on loser? His response to someone, who only has 44 followers on her twitter account, who has twit pics of cats and flowers is to suck a d*ck.

So that prompted me to do further digging.  How about this one,

Or how about this one lovely exchange,

Just had THAT sex.

Her azz tastes like heave so why should i stop?

And a few more as you can see below.

If you were giving Casper the benefit of the doubt.  If you thought he was sophisticated beyond his years like and Usher or a Trey Songs, or a Ne Yo – Young guys who know how to treat an older lady, then think again.   When J-Lo is done with this scrub we will never here from him again.  He will be the new Kevin Federline.  No talent, no skills, and like school in the summer…..no Class!