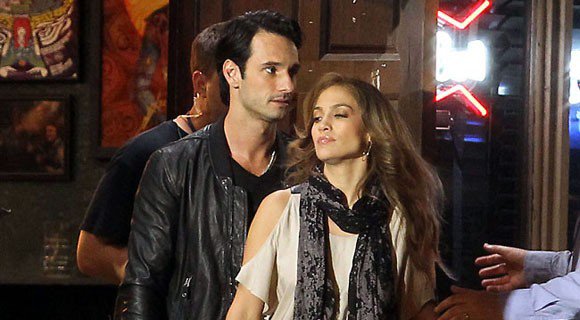 Just when you think the superstar has all that she can handle, she piles on more.  She will be starring in  What To Expect When You’re Expecting. To promote the movie, Lopez and her co-stars, Elizabeth Banks, Anna Kendrick, Cameron Diaz and Brooklyn Decker all did an interview with Redbook.  Oddly enough Lopez was the only one in the group with kids.

J-Lo gave birth to her twins back in 2008. She said shortly after Postpartnum hit her and that’s when she turned to the book, What to Expect When You’re Expecting.  She says the book got her out of a dark place that’s why she jumped at the chance to do the movie.  She told Redbook,

“I remember after the babies were born, about seven to 10 days in, I was like, ‘What is going on with me?’ I felt sad and depressed and thought the babies didn’t love me.

I actually remember picking up the book (What to Expect When You’re Expecting) to try to see what was happening to me, and it said how you have this huge hormonal drop about seven to 10 days after you give birth. It’s called the ‘baby blues.’ But I just thought they didn’t like me!”

When asked how does she make it work day to day, J-lo says,

My sanctuary is my bathtub. That’s really the only time I get to myself. It’s usually around 15 or 20 minutes, but for me, those minutes are like heaven on earth. Sometimes I even say a little prayer while I’m in there. I’m like, ‘Lord, help me get through this day!

In the film Lopez plays Holly, a woman who adopts a baby from abroad.  Her love interest in the film is Rodrigo Santoro. The two do a great job playing the characters from Heidi Murkoff and Sharon Mazels original book.

Below is J-Lo speaking on making the film.