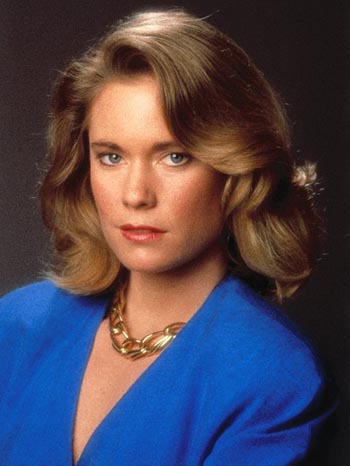 Joanna Johnson Comes Out: ‘The Bold And The Beautiful’ Star Reveals She’s A Lesbian

She opened up to TV Guide Magazine revealing that she has been married to a woman for the last 9 years.  According to Hollywood standards 9 years married in Hollywood is like 25 in real life!  Her wife’s name is Michelle Agnew and they also have two children, Julian age 5 and Harlow age 2.

The actress is actually good friends with Ellen but at no time did Ellen pressure her to come out.  As a 50 year old she grew up in a different time where being a lesbian was just not tolerated.  This scared Johnson to death.  Johnson says,

“I was so worried I wouldn’t be employable as an actress if people knew I was a lesbian, Or that I wouldn’t be believable in romance stories.  I had to deal with a lot of self-loathing.”

She also saw the impacts that coming out had on Ellen’s career so this added to her concerns.

When Ellen came out she took a big hit.  It certainly hurt her career as an actress…I really admire the courage of people who have been out and noisy.  I had to struggle to become proud

Her decision to come out was fueled by her return to the Soap that made her a star.  Her character is in the closet and slowly coming out per the script. Johnson says about her “Bold and the Beautiful Character”,

Karen is married to this great lady Dani and together they have raised her daughter Caroline, so times have certainly changed.

‘I guess that’s why I’m ready to open up. It feels weird and wrong to play this revelation about Karen’s life and not talk about my own.’

This is a case of life imitating art.